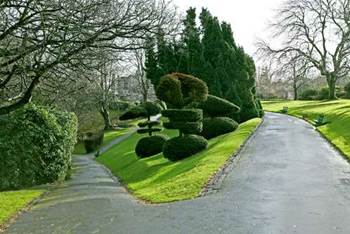 The internet industry yesterday breathed a sigh of relief upon reading the latest draft of the Anti-Counterfeiting Trade Agreement (ACTA), said to be the final draft before two dozen nations sign it into law.

By most estimates, the prime areas of concern noted in previous drafts do not look to have made the final cut.

The United States in particular had pushed for provisions many commentators had labelled extreme if not patently ridiculous (excuse the pun).

For example, the US had pushed for the introduction of statutory damages for copyright abuses, for three-strikes-and-you're-out rules against internet users found to have downloaded pirated content, and for injunctions to be levelled at intermediaries such as ISPs, web hosts and universities over the actions of their subscribers or users.

Internet Industry Association chief Peter Coroneos said that his reservations about the lack of transparency of the ACTA process aside, "the end result is consistent with assurances we obtained from Australia's trade negotiators - that the treaty was not intended to extend Australia's laws, nor to introduce a three strikes regime by treaty.

"Subject to reviewing the final ACTA text," he said, "the IIA takes comfort from our initial reading that it will neither extend nor restrict the legal rights of users, ISPs, other intermediaries or content rights holders in Australia".

Similarly, law lecturer Kimberlee Weatherall - who provided the most detailed analysis of ACTA drafts from the standpoint of Australian law, expressed some reserved relief.

"It's certainly true that provisions that, in earlier drafts, were very disturbing have been significantly watered down or altered," she said.

She felt the US had been forced to concede on some of these points to win over signatories to the treaty.

"The attempt to export the US Digital Millennium Copyright Act (DMCA) with its anti-circumvention laws, and its ISP safe harbours, has largely failed with very general, very non-specific provisions left," she said.

"The secondary liability provision is gone. Even the very general injunctions against intermediaries provision which I was most worried about is gone."

iTnews also asked Trade Minister Craig Emerson whether the Government can now unequivocally confirm that signing the agreement will require no changes to domestic Australian law.

"Australia is not using ACTA to drive change to domestic law," was the response.

Weatherall proposes that without any changes to domestic law, Australia's role in the three years of talks seems a little pointless.

"Would I sign it, if I were the Australian government? I'd hesitate. Not because of what's in there now but for three reasons. First, what's the point? I fail to see what Australia could possibly get out of signing this agreement."

Weatherall fears that signing ACTA will create an "an institutional structure" - a committee that meets yearly to review implementation of the treaty.

She fears that under such a structure, the agreement could be amended without a requirement for public consultation.

"What that means is an institution being created to apply continuing pressure on points not yet
in the agreement - with the potential for more specific measures being introduced at later points," she said.

"You might argue Australia should be part of that discussion, so as to ensure the US and EU don't immediately start upping the obligations."

Indeed, some commentators have expressed fears about greyed out text in the latest draft that may represent the few "minor" points yet to be agreed upon - one in particular being interpreted as dangerous to the internet industry.

Finally, Weatherall said that for all that the latest draft has been diluted, the agreement is still "short on specific protections" around user privacy and fair process.

"That means we're at the mercy of how individual countries interpret [it]," she said. "I would hope that the Australian Government would recognise a company's right to a hearing before their servers were seized for harbouring infringing copies of for having been used by employees to engage in digital infringement - but you're pushing it to see anything in the ACTA to guarantee it."