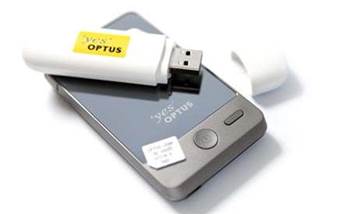 Winning customers - but at what cost?

Telstra and Optus appear to be winning tens of thousands of mobile customers, most probably at the expense of VHA, but increasingly it appears Optus is winning customers through MVNOs (mobile virtual network operators) on its network.

Optus today announced that it added 151,000 post-paid customers in the first calendar quarter of 2011.

Telstra previously reported that it added 197,000 over the same period.

Anecdotally, analysts have assumed that the growth is coming at the expense of VHA after legions of customers were disaffected by network problems late last year.

VHA had reported a two percent increase in customer churn in the last calendar quarter of 2010, and expected this to continue in December 2010 and January 2011. The full extent of the churn won't be known until the telco releases numbers for the March quarter.

While Telstra has enjoyed three consecutive quarters of post-paid growth off the back of last year’s aggressive subsidies and promotions, Ovum telecommunications analyst Nicole McCormick has noted Optus’ customer growth appears to have come through its channel of MVNOs.

In the March quarter, Optus’ results stated that 11 percent of total customers came through its wholesale channel. In the December quarter, that figure was 10 percent, and during the corresponding quarter last year the figure was eight percent.

A calculation of this percentage against new mobile customer adds would suggest that as many as 70 percent of new Optus mobile customers in the last quarter came via these avenues, but Optus has stressed that these are rounded figures which could mislead.

The carrier refuses to reveal greater detail to clarify the issue beyond acknowledging that "recent movements in the wholesale customer base are not inconsistent with historical movements."

“Optus has been very successful at tapping niche markets through MVNOs – and that is playing out in the numbers,” McCormick said.

The two most aggressive on price – Lyca Mobile and Amaysim – are sold at supermarkets and look to be making significant gains.

“We are very proud of work we’ve done in Wholesale," Optus chief Paul O'Sullivan told iTnews today. "We have always been a leading wholesaler and we're known for our consistency."

"I can assure you that wholesale is a key element, but the [total] numbers are made up of significant contributions across the business."

Optus' MVNO strategy could help the company drive down its high customer acquistion costs, which in the December quarter were 20 percent higher than in the year prior (due in some part to the iPhone 4 coming onto the market.)

But whilst there isn’t a lot of data available now to prove it, it is relatively simple to assume that these new customer adds generate far less ARPU and margins for Optus as a new add on the Telstra network.

Nonetheless, O'Sullivan does not believe this will have any knock-on effect to Optus earnings in future reporting quarters.

He reiterated that Optus is investing large sums of money in its mobile network - rolling out fibre to four in five metro base stations, for example, to ensure that this flood of users won't lead to anything like what VHA’s customers experienced in recent months.