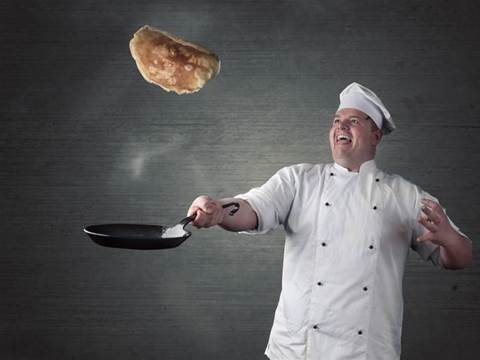 Sticks with incumbent for upgrade.

AMP Bank, the retail banking arm of the 170 year-old wealth management stalwart, has junked plans to shift from its incumbent NTBS core platform to Temenos.

Appointed in the wake of a horror run in front of the Hayne Royal Commission, it is understood De Ferrari has parked the previously flagged move to the Swiss core systems provider in favour of doubling down on AMP’s existing platform.

“The Bank explored a number of options and the best way forward is to enhance and modernise the existing core banking system,” AMP Bank said in a statement to iTnews.

“Renovating the current system will allow [AMP Bank] to accelerate delivery of digital capability in a cost-efficient way and will enhance customer experience, which is the bank’s number one priority.”

AMP Bank’s move reflects a wider industry rain check on big-ticket migrations that have the potential to sorely test customer patience ahead of the implementation of the government’s Open Banking regime.

Many financial institutions effectively parked major decisions on where to place their technology bets pending the election outcome after Labor sent signals the party would dial-back the ambitious program of reforms if it won power.

And to cap things off, during the election campaign, Labor’s digital policy spokesman Ed Husic revealed there would likely be a re-calibration of the Open Banking regime… if Labor won.

But that was May and this is June. Come what may, totes will adjust.

Appetite for big bang IT looks to be waning, and not just at AMP.

Both Suncorp and Bank of Queensland (BoQ) have core overhauls parked amid unrelated difficulties and a possible merger between the two northern institutions. Suncorp in particular has conspicuously struggled with its Oracle core replacement that is still not live.

On Thursday BoQ’s chief financial officer Matt Baxby announced he would “pursue other leadership opportunities” in the wake of former Westpac executive George Frazis being recently announced as incoming CEO.

The announcement of Frazis’ appointment to the top job BoQ has fuelled on-and-off speculation it will ultimately merge with Suncorp.

Cameron quit in May after declaring digital victory.

“AMP Bank is investing in its core platform to further strengthen customer experience, improve risk and controls, and to scale the bank for growth,” an AMP spokesperson told iTnews.