AMP Bank modernises core for new life in the cloud 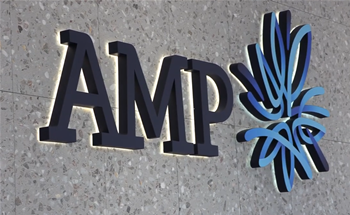 Podcast: Inside its transformation and technology strategy.

AMP Bank hollowed out its core banking system and refactored up to 40 percent of the remaining code to prepare the system for a new life hosted in AWS.

In this week’s episode of the iTnews Podcast, Group Executive Sean O’Malley details the bank’s path to core transformation, as well as progress in meeting other pillars of its technology strategy.

O’Malley said that moving the AMP Bank core into the cloud “was a culmination of a number of years of work” to prepare the 20-plus year old system to run in the cloud instead of on-premises.

Modernisation of the existing core wasn’t originally on the agenda at all; AMP Bank had initially gone for a full core replacement, and only changed course after O’Malley took over the running of that program of work.

“When I first joined the bank, the prevailing view was that we were actually going to replace our core,” he said.

“We'd chosen which core we were going to go with, and so I took over accountability for that program and started to get more and more involved.

“What became evident was the migration to a new external core was going to be an even longer - probably an even more expensive, and even more complex and risky - proposition.

“It also would have been the only thing the bank could do, really for the whole two or three years.”

On the risk side, O’Malley said “there was probably some overplaying of the benefits of what the external core was going to do, and was capable of doing”, as well as in how much work would be involved for data migration and system integration.

He also said that initial fears that the bank didn’t necessarily have all the internal resourcing or capabilities required to run a core transformation program subsided, and that became another factor in the bank changing direction.

“For me, weighing up those pros and cons of what an external core gives you relative to what you've got, against the costs and risks of new integration and data migration, and then a growing [internal] belief that we could modernise ourselves, actually led us to make the decision to pivot,” O’Malley said.

“We decided that actually the modernisation of our [existing] core was a better strategy.”

Another key factor in the pivot was that the core modernisation could exist in parallel with other technology initiatives, notably a drive to uplift digital.

O’Malley said the bank was keen to “advance on a digitization agenda” and “deliver more digital capabilities for our customers and for our brokers.”

“The way we went about the modernisation meant we could concurrently deliver real customer benefit through digitisation and enhancements, so it wasn't just an ‘under the covers’ deep tech project that you see sometimes in other places.”

Modernisation of the existing core comprised a “hollowing out” or extraction of some embedded capabilities that AMP Bank believed were better handled by other systems, and a refactoring of part of the remaining code base.

“We needed to go through and really hollow out the core. We had a number of capabilities that were sitting in the core that didn't really belong there, that were better placed in other systems,” O’Malley said.

“We had workflow still being done in the core, again even though the Group had a couple of workflow capabilities.

“And then the integration control and integration with third parties was all done directly into the core. That really was probably the remnants of when banks used to operate mainly services they designed and delivered themselves, as opposed to recognising banks more and more these days [want to] integrate with best-of-breed players [like fintechs].”

On the code side, about 40 percent of the codebase was rewritten.

These steps, alongside some other “architectural changes”, made cloud migration possible. That migration effort was recently completed.

Core modernisation is one of four key pillars in AMP Bank’s technology roadmap. The second pillar - also with several years of work behind it - aims to help the bank to “better manage, understand and then exploit our data assets.”

O’Malley said the data efforts aren’t “of the same magnitude” as the core transformation, but had led to results in “assisting and making better management decisions”, as well as more customer-facing improvements, such as “next best interactions, prompts and ‘nudges’ for customers”.

Banks across the board have adopted these kinds of customer-facing communications systems to identify good, contextually-aware conversation starters, and to prompt customers directly to engage with new products, services or banking app features, for example.

The third pillar of the strategy is new digital experiences for customers and mortgage brokers.

“That has been about investing in digitalisation and automation to make onboarding faster and the existing customer experience easier,” O’Malley said.

“‘Time to Yes’ in mortgages is critically important. We've made really good progress on that. I also feel like our onboarding experiences are in pretty good shape.

“We're now turning our attention to the existing customer experience, and how we can deliver more capability for our customers to self-serve.”

The fourth pillar of the strategy is to pursue partnerships with “smaller organisations to deliver parts of our value chain” - a nod to the rise in partnerships between fintechs and banks. In May, AMP Bank partnered with Nano to create a digital mortgage product that it expects to be in-market “shortly”.

“I'm very excited about bringing the digital mortgage to market - I think that's going to be a great advancement,” O’Malley said.

“I'm really excited about the relationship with Nano and so that's probably, in the next 12 months, the most exciting thing for us.”