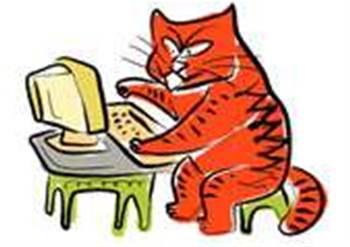 AMD is preparing to enter the low power and ultra low power processor space with the development of a new type of processor core dubbed "Bobcat".

Bobcat will consume 1 to 10 Watts of electricity, the company revealed at the Technology Analyst Day at its Silicon Valley corporate headquarters. The traditional desktop and server market will be served by the "Bulldozer" processor core consuming 10 to 100 Watt.

The first processors based on the design are slated for release by 2009.

The new design approach will allow AMD to build chips form standard building blocks, adding components such as a memory controller and a graphics processor to form the actual processor.

Bobcat targets low power consumer devices such as digital televisions, ultra mobile PCs and high end cell phones. A server version of the chip will feature between 8 and 16 processor cores and allow for variations in the amount of cache memory.

The Bobcat and Bulldozer names refer to construction tools. The first is used erecting large structures where the latter is better suited for granular landscaping projects. Similarly, AMD intends the two to be respectively used for heavy loading in the enterprise and more elegant mobile applications.

The mobile and embedded application space however is crowed and AMD is late to the game.

"Bobcat is the thing that we've been missing for so long from AMD," commented Jim McGregor Jim McGregor, a director with analyst firm Instat.

Intel's Silverton is believed to be targeting the same market as Bobcat. The Silverton platform that was unveiled in March 2006, but the chipmaker has been sparce in providing additional information.

AMD however claimed that the market only now is getting ready for x86 to enter the mobile and embedded market. The architecture has a large ecosystem of development tools and therefore allows device manufacturers to bring products to market sooner.

"More and more so, there is value in creating a productive software environment. And x86 with the toolset it's got and the reuse of code […] can create a very productive environment. It's a good fit," said AMD chief technology officer Phil Hester.

McGregor however cautioned that AMD's projected launch date is still far out. Mobile systems meanwhile will have to digest an abundance of new technologies such as ultra wide band and WiMax. Those are likely to change processor design requirements and could therefore influence AMD's Bobcat.
Got a news tip for our journalists? Share it with us anonymously here.
Copyright ©v3.co.uk
Tags:
aimamdathardwarelowpowerprocessorstakes