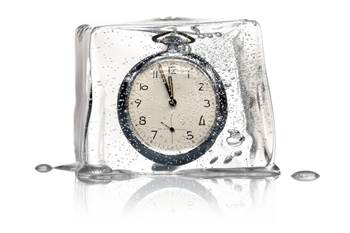 Savings drive finds $92m, but it's not yet money in the bank.

Queensland departments and agencies have paused almost 100 IT projects as part of the state government’s pandemic-induced savings drive.

The projects, worth more than $92 million combined, were put on ice last year after the government placed a “six-month hold” on all non-essential new IT works.

The directive was one of a number of savings measures introduced in response to the pandemic in July 2020 aimed at redirecting $3 billion into the state's coffers over three years.

It saw chief customer and digital officer Chris Fechner work with agencies on what was deemed essential, and excluded critical safety or cyber security related initiatives.

Other savings measures included plans to reduce its use of external consultancies and contractors, a public service wage freeze and the consolidation of government social media accounts.

Ahead of the official end of the six-month freeze on January 9, the majority of government ministers have now provided information on the number of suspended projects in their respective departments.

While 92 IT projects worth more than $92 million were identified, it’s hard to see any savings resulting from the exercise unless the projects are dumped permanently.

A government spokesperson told iTnews that any restart of IT projects “would be determined on a case-by-case basis” by departments.

More than half of the $92 million in paused IT projects fell within the Queensland Police Service, Queensland Corrective Services, Queensland Fire and Emergency Services and the Public Safety Business Agency.

A total of 43 IT programs worth a combined $61.45 million were frozen after a review, according to answers to question on notice by Minister for Police and Corrective Services and Minister for Fire and Emergency Services Mark Ryan.

The newly formed Department of Communities, Housing and Digital Economy – which contains the state’s whole-of-government technology function headed by Digital Economy Minister Leeanne Enoch  – paused 15 IT projects worth a total of $18 million as a result of the directive.

The Department of Energy and Public Works put on hold eight IT projects, three of which had a value of $1.2 million, while the remaining five initiatives “were still in the early planning stages and yet to receive an approved budget”, according to a government spokesperson.

Seven IT projects worth a combined $489,000 were paused at Treasury, with all but $10,000 of this expected to be saved “if all of the projects do not proceed”, though there is no suggestion this will occur.

The Department of Agriculture and Fisheries paused four IT programs, including the firearms registration system replacement (although “some initial business requirements have been developed at a cost of under $50,000) and the laboratory information management system upgrade.

Three IT projects worth a total of $3.91 million and $3.5 million were each put on hold at the Department of State Development, Infrastructure, Local Government and Planning and Department of Transport and Main Roads.

The Department of Premier and Cabinet and Department of Education have also paused three projects each, though these were all in the scoping stages and “had no approved budget and have occurred no cost to date”.

The Department of Justice and Attorney-General suspended a $3.3 million business improvement and transformation project within Crown Law, a business unit that provides legal services across government.

Attorney-General Shannon Fentiman said the “purpose of the initiative is to introduce technologies and changes in processes that will allow lawyers to conduct their work digitally with less reliance on paper, easier access to records, and to reduce the costs of offsite storage”.

The Department of Environment and Science also paused a single IT project relating to a new national parks accommodation booking service as result of the directive, but was granted approval to continue “preparatory work on the business case”.

The Department of Employment, Small Business and Training identified found a $895,000 IT project to suspend, which the Employment Minister Di Farmer said could “save up to $849,000 … if the project does not proceed”.

It is not known if Queensland Health paused any IT projects or was required to.