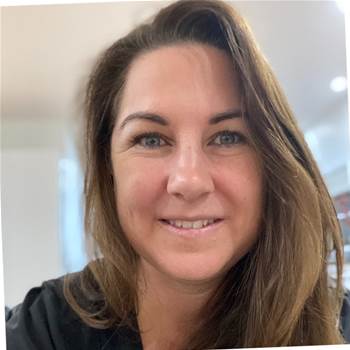 AGL’s head of technology for channels and operations Virginia Wilson has moved into a newly created role of chief information officer position at Camp Australia.

Wilson stated on LinkedIn she was “excited to start my new role as CIO at Camp Australia.”

“I’m looking forward to working [with] the exec team to deliver great experiences everyday, and to continue to grow our capability.”

Camp Australia CEO Warren Jacobson told iTnews the out of school care organisation's technology “has been industry leading, and fundamental to Camp Australia’s success to date.”

“At Camp Australia we’re looking to build a strong culture of innovation that supports our commitment to service excellence everywhere and being a partner of choice for schools.

“The appointment of the CIO will ensure technology, systems and data are used to optimise our employee and customer experience, to drive productivity and to support our growth strategy going forward.”

“As part of her role, Virginia will evaluate our current technology ecosystem and our technology team’s operating model to ensure we continue to lead our sector.

“In addition to enhancing core technology products, Virginia will oversee ... leveraging our extensive data set to drive efficiency and decision-making.”

Jacobson also said Wilson brings “a wealth of leadership experience across all aspects of technology in blue-chip organisations”, and will report directly to him.

Prior to joining Camp Australia, Wilson worked at AGL as its head of technology for channels and operations for roughly three and half years.

Tara Richards has since taken on the newly merged role of general manager retail and energy technology, reporting to Fahy.

Prior to AGL, Wilson worked as Telstra’s head of digital execution for B2B for over a year and half plus spent ten years with Suncorp Group in a variety of including executive manager for treasury, payment and risk technology.