Telco a bright spot for AGL as demerger looms 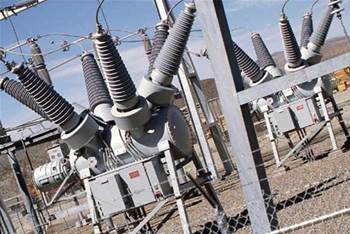 Head office cost cutting could include IT staff.

AGL is cutting back on its IT spend, as part of broader cost reductions ahead of a proposed demerger.

However, in its first half 2022 earnings call (results PDF here, presentation PDF here), the company reported growth in its forays into retail telecommunications.

AGL telco added 28,000 customers and now has 42,000 telecommunications services under its own brand, as well as the 182,000 customers of Southern Phone Company, which AGL acquired in 2019.

However, telecommunications remains a small contributor to AGL’s profit, generating a margin of just $5 million dollars in the first half of 2022, unchanged from the same period last year.

Part of this was attributed to the costs of a network upgrade, needed to support the growing customer base.

What AGL referred to as “digital uplift outlays” associated with AGL Telco also contributed to a 3.9 percent growth in the “other expenditure” line item, from $51 million to $53 million.

The company is splitting into two entities,with energy retail to be called Accel Energy and generation to continue under AGL Australia, and the demerger is driving head office cost and staff reductions.

As part of an overall $150 million in cost cuts in the 2022 financial year, the company says it will save $12 million in hardware, software, and “other” centralised functions.

There will also be staff reductions, which are likely to impact IT operations.

CFO Damien Nicks said an operational review had identified 350 roles “have been identified for removal” across the full year.

“The first tranche of departures occurred during the first half of full year 2022, with the remaining roles to depart prior to 30 June 2022, or early full year 2023, subject to the proposed demerger proceeding”, Nicks said.

Around half the workforce reductions will be in Accel Energy (costing that operation $12 million), and the other half in corporate back-end operations (referred to as Centrally Managed Services by AGL, which expects to save $11 million).

iTnews asked AGL what proportion of the workforce reductions would affect IT staff, but did not receive a response.