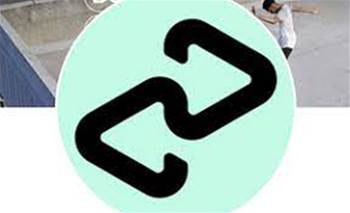 Gears up for its own 'Money by Afterpay' launch.

Money by Afterpay is the company's own finance app built on Westpac's cloud-based banking-as-a-service platform, granting Afterpay and its customers some banking capabilities.

Money by Afterpay is in staff pilot as of July and is set for an official national launch in October this year.

It will operate similarly to Square’s own mobile payment service Cash App, which functions like a bank account and allows peer-to-peer transfers.

At Afterpay's FY21 results, investors questioned the company on its global expansion plans for the finance app.

Co-chief executive Anthony Eisen said “the core thesis around Money by Afterpay is very much aligned” with what Cash App is delivering to Square's US customers.

Eisen said Money by Afterpay “is really a canvas and an excellent entry point to deliver on some of the things that Square is prosecuting extremely effectively with very engaged customers in the US.”

“We see there being very good opportunity to bring synergy from what is done in North America to parts of what we're developing, in terms of Money by Afterpay in Australia, and probably vice versa as well,” Eisen said.

“When you look at some of the particular aspects that will become apparent with Money by Afterpay, this concentration on savings and budgeting will really come to the fore.

"I think some of those dynamics might be just as exportable as we'll try and look to import some of the features that Square is developed very well internationally.”

Eisen also said the partnership between Afterpay and Westpac is still “full steam ahead” despite the company's acquisition by Square.

He remained “excited” to “illustrate what this power of partnership [with Westpac] is about.”

“Everything is on track in terms of the way that we've been building the app and its features," Eisen said.

“We're excited to present something that will look very different and unique and will go right to the core of what the Afterpay DNA is about."

Co-chief executive Nick Molnar said that it “will help merchants optimise investments and marketing spend to ultimately drive growth, which is core to our retailers' focus.”

Set to launch in September 2021, the new product will include machine learning, “AI-powered insights visualisation and real time data in one ... self-service user interface”.

Afterpay’s global underlying sales for FY21 reached $21.2 billion, a 90 percent increase on the prior corresponding period, with Australia reporting $9.4 billion across the year.

However, Afterpay still booked a loss of $159.4 million for the year.

Despite this, the company remained upbeat about the potential of BNPL services.

Eisen said BNPL is “still at a very early stage of what is a once-in-a-generational opportunity” as the global credit economy shifts into the debit economy, driven by the purchasing habits of millennials and Gen Z.

"The opportunity [for growth] is quite immense."