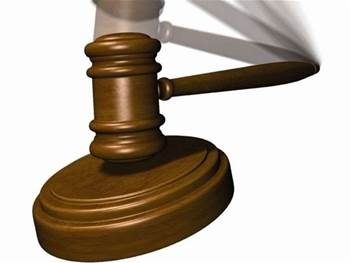 Warning to other anti-P2P legal eagles not to waste the courts' time.

Anti- filesharing lawyers ACS Law faced a massive costs bill after a judge labelled its conduct as "chaotic and lamentable".

The Patents County Court today in Britain handed down a judgement on whether 27 people accused of illegal filesharing by the law firm could recover their legal costs. ACS Law and its client - pornography distributor Media CAT - dropped the cases before a crucial court hearing, prompting the defendants to apply for wasted legal costs.

In his judgement, Judge Birss said he was "quite satisfied" that the application for wasted costs was justified and was highly critical of the conduct of ACS Law's sole solicitor, Andrew Crossley.

He noted that ACS Law continued to send demands for out-of-court settlements to accused filesharers, even while dropping the cases against the 27 accused in court.

"ACS Law knew perfectly well that Media CAT intended the letter writing campaign to be pressed ahead with despite the court being told that the Notices of Discontinuance were being used in order for the claimant to give the matter further consideration," said Judge Birss.

"That finding provides further support for my finding that there is a prima facie case of unreasonable conduct by ACS Law in relation to the Notices.”

The judge was highly critical of the law firm's methods, adding that the lawyers taking a large cut of the revenue from the out-of-court settlements was "prima facie improper conduct".

“ACS Law’s conduct was chaotic and lamentable," the judge ruled. "Documents which plainly should have been provided were not provided. This was not the behaviour of a solicitor advancing a normal piece of litigation. I do not doubt that this led to unnecessarily incurred costs.”

He added that there were other examples of "conduct by ACS Law which, at best, can be described as amateurish and slipshod”.

The costs application will now move onto a second stage, where ACS Law will have the chance to raise further evidence of why costs shouldn't be awarded against the firm.

It's not clear whether the defendants will have anyone to reclaim costs from. ACS Law and Media CAT closed for business earlier this year.

Got a news tip for our journalists? Share it with us anonymously here.
Copyright © Alphr, Dennis Publishing
Tags:
acschaotic and lamentableconductjudgelawssecuritywas