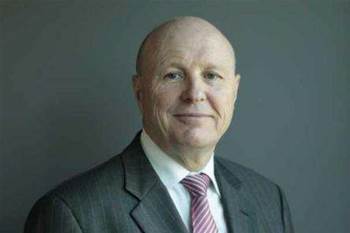 Australian Computer Society chief Alan Patterson has stepped down from the role after leading the organisation through a challenging three-and-half-years.

Patterson said he was standing aside after completing groundwork on the society’s three-year plan.

“We began implementing a new three-year plan for the ACS in July 2014 and now that this is underway, it is time for someone else to pick up the gauntlet and lead the Society through its next phase," Patterson said in a statement.

ACS chief financial officer Kim Finch will act as CEO until a permanent replacement is found.

ACS president Brenda Aynsley said Patterson had introduced a number of efficiency improvements to the Society, including transforming its national staffing arrangements and streamlining its skilled migrant accreditation process.

Patterson’s tenure coincided with a period within which the ACS has been working with international bodies including the ITU and the UN to elevate the ICT profession alongside engineers, doctors, lawyers and accountants.

In 2010, the ACS hosted World Computer Congress in affiliation with the UNESCO-established International Federation for Information Processing (IFIP). Turn out at the Brisbane event was low, as the ACS struggled to compete with social media-based events aimed at attracting younger IT professionals.

Over the course of the last three years, the ACS has held a series of new events in an effort to attract a broader audience to the profession.

The YITCON (Young IT conference), held earlier this month, attracted over 850 secondary and tertiary students from 28 schools, colleges and universities.

Patterson worked as the CEO of the National Association of Testing Authorities (NATA) prior to his role at the ACS.