ACMA to government: digital platforms code needs to be stronger 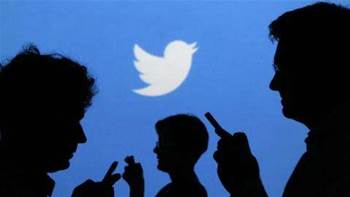 Government releases report it sat on since June.

The Australian Communications and Media Authority could have its powers to try and regulate online misinformation expanded, communications minister Paul Fletcher has announced.

In a report dated June 2021 but released yesterday, the ACMA now says the code of conduct it oversees, developed by industry association DIGI, defines ‘misinformation’ so narrowly that platforms like Facebook and Twitter rarely have to take content down under the code.

“In our view, the scope of the code is limited by its definitions. In particular, a threshold of both ‘serious’ and 'imminent’ harm must be reached before action is required under the code”, ACMA said in the report.

Its recommendations are that the government encourage DIGI to review the code in light of the new report; that ACMA continue to administer the code and report to government by the end of 2022; that ACMA receive information-gathering powers (including imposing record keeping rules on platforms) so it can request Australia-specific data from the platforms; that ACMA receive “reserve powers” to register and enforce industry codes.

The report also suggests the government should bring together NGOs, government agencies, researchers and tech platforms in a Misinformation and Disinformation Action Group.

Announcing the government’s intention to expand the ACMA’s powers, Fletcher said: “Digital platforms must take responsibility for what is on their sites and take action when harmful or misleading content appears. This is our Government’s clear expectation – and just as we have backed that expectation with action in recently passing the new Online Safety Act, we are taking action when it comes to disinformation and misinformation.”

Fletcher highlighted misinformation about the Russian invasion of Ukraine, and Covid-19 (which has led to violent protests in several cities) as evidence the platforms need to do more to tackle the misinformation problem.

DIGI, whose founding members were Apple, eBay, Google, Linktree, Meta, Snap, Twitter and Yahoo, has welcomed the report and said it supports the five key recommendations “in principle”.

In a media statement, the industry group’s managing director Sunita Bose said the report “will be a critical tool in our efforts to strengthen the code and maximise its effectiveness in addressing mis- and disinformation online in Australia”.

The group says it will introduce new guidelines to improve signatories’ transparent reports, with Hal Crawford appointed as independent reviewer of the transparency reports.