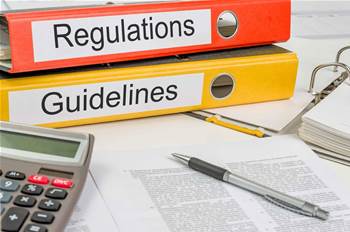 The federal government has decided against consolidating telco regulatory power within the ACMA, opting instead to “refine” the authority’s remit, which could see it gain oversight of content classification while losing other functions.

Handing down its formal response to a review of the Australian Communications and Media Authority (ACMA), the government indicated it would not seek to follow the UK’s Ofcom model of consolidating regulatory functions currently split between the ACMA and the Australian Competition and Consumer Commission (ACCC) under a single body.

However, the ACMA is facing some changes to the way it operatesm and the government has deferred judgement on several issues.

The main loss in ACMA’s remit is cyber security, which is being transferred to the Australian Cyber Security Centre.

The ACMA currently sends ISPs and other organisations daily reports advising of malware infections and vulnerable services and devices in their networks. Known as the Australian Internet Security Initiative (AISI), this will now go to the ACSC.

A similar alert service run by the ACMA on phishing emails could also be re-homed, but that decision has been deferred.

The ACMA is also set to lose its remit to research “emerging environment and market trends”, which will go to the Bureau of Communications Research, which is run by the Department of Communications.

The department will also ask the ACMA to take a more back seat, technical role in international forums that set world standards for telecommunications, owing to many forums transitioning from technical to policy remits.

“The ACMA is not always able to identify policy issues and manage competing domestic and international policy issues that arise during negotiations,” the government said.

“In this regard, the ACMA may not be as well placed as the department to escalate matters within government or obtain prompt policy guidance on significant issues which arise ‘on-the-floor’ in international negotiations.”

The government also left the door open to transfer the ACMA’s revenue collection functions to the Australian Taxation Office (ATO).

“Over time, the ACMA has become the third largest tax collector in the Commonwealth and this is arguably not a core function for it to administer,” the government said.

However, it noted that any transfer of revenue collection would only take place if there was a net benefit in doing so.

The ACMA has also been given a year to propose functions that could be outsourced or transferred to industry self-regulatory arrangements. This could include the do not call register.

One future possibility for the ACMA is that it assumes a central oversight role in content classification, unifying what remains a fragmented system. This remains under review.

Most other functions remain as they were, with the government opting in large part to maintain the status quo.

In the mid-term, the government said it would also attempt to “establish a contemporary communications regulatory framework” that sets out when, how and who should intervene on future issues.