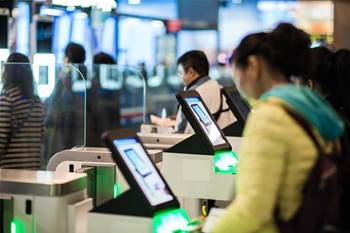 The federal government has scrapped the requirement for international travellers arriving into Australia to use its digital passenger card, amid questions over the app’s usability.

Used by passengers to declare their Covid-19 vaccination status, the DPD was introduced in time for the reopening of Australia borders in February, replacing the Australian Travel Declaration (ATD) – an interim measure created early on in the pandemic to record vaccination status.

It collects information including vaccination status and travel history, up to seven days before someone's scheduled flight to Australia. Travellers that do not complete a DPD before their departure risk facing immigration delays on arrival.

Developed by Accenture under contracts totalling $60 million over three years, the DPD is intended to eventually replace the paper-based incoming passenger card.

An earlier attempt to replace the paper card in 2017 also failed.

If successful, the Pega-based platform that sits behind the DPD could be used simple visa processing and other permissions-based transactions, though that would be at an additional cost.

But early iterations of the app – initially released after five months development – have received hundreds of scathing reviews from users, who complain that it is difficulty to use, buggy and, in the words of one reviewer, “absolutely useless”.

The process is also clunky, with passengers still required to fill out a paper-based incoming passenger card as the DPD is yet to be fully integrated with the Department of Home Affairs’ backend border systems.

O’Neil acknowledged the “feedback about the DPD”, saying that while the government still intends for it to replace the paper-based incoming passenger card “in time”, the app “needs a lot more work to make it user friendly”.

She also pointed to the need to accelerate the border process as international travel continues to pick up.

Since the DPD was released in February, international arrivals have more than doubled, from 278,280 to 651,060 in May, according to the latest overseas arrivals data from the Australian Bureau of Statistics.

“As more and more of us travel internationally and we get more confident in managing our risk of Covid, our airports are getting busier,” O’Neil said.

“Removing these requirements will not only reduce delays in our airports but will encourage more visitors and skilled workers to choose Australia as a destination.

“And for Australian citizens, with the removal of these requirements, returning home will be much easier.

“I know anyone who has travelled internationally since the borders have opened will find this as one less thing to worry about – especially as more Australians get back to travelling overseas.”