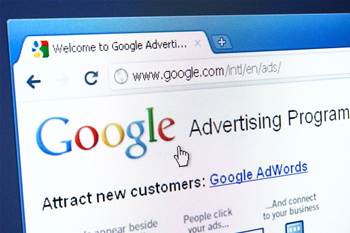 This time over expanded use of personal data.

The Australian Competition and Consumer Commission has again taken aim at Google for allegedly misleading customers, this time in regards to the search giant’s use of personal data.

The case is the second attempt by the ACCC to take Google to court in nine months after the watchdog claimed in October last year that the company misled users about the way it collects, stores and uses location data.

The ACCC today launched fresh Federal Court proceedings against Google, alleging the web giant misled users to obtain consent to expand its collection and use of personal information to increase its ability to deliver targeted advertising.

“We are taking this action because we consider Google misled Australian consumers about what it planned to do with large amounts of their personal information, including internet activity on websites not connected to Google,” ACCC chair Rod Sims said in a statement.

It is alleged that Google failed to properly inform consumers, and thus did not gain their informed consent, about its 2016 move to start combining personal information from users’ Google accounts with other information gained from users’ activities on non-Google sites.

The activity data was collected using Google advertising technology that was formerly known as DoubleClick, the consumer watchdog claimed.

This, the ACCC alleged, enabled Google to link consumers’ non-Google online activity to their names and other identifying information held by the company, whereas this information was previously kept separate from users’ Google accounts and was not linked to an individual.

The combined dataset helped Google improve the commercial performance of its advertising business, the ACCC said.

“Google significantly increased the scope of information it collected about consumers on a personally identifiable basis,” Sims alleged.

“This included potentially very sensitive and private information about their activities on third party websites. It then used this information to serve up highly targeted advertisements without consumers’ express informed consent.

“We allege that Google did not obtain explicit consent from consumers to take this step.

“The use of this new combined information allowed Google to increase significantly the value of its advertising products, from which it generated much higher profits."

The ACCC claimed Google’s practices impacted millions of Australians with Google accounts after users were prompted to click “I agree” pop-up notifications between 28 June 2016 and December 2018 that claimed to explain how Google planned to combine user data.

Before 2016, Google had only collected and used account holders’ personally identifiable information for ad services from its own apps and services such as Google Search and YouTube.

During this time, Google’s privacy policy stated that the company “will not combine DoubleClick cookie information with personally identifiable information unless we have your opt-in consent”.

Google’s 2008 acquisition of DoubleClick was cleared by the US Federal Trade Commission and European Commission, which considered that the ad services company’s contracts with users at the time prevented their data being used by Google.

However, in 2016 Google allegedly deleted the above statement about DoubleClick from its privacy policy and inserted the following statement: “[d]epending on your account settings, your activity on other sites and apps may be associated with your personal information in order to improve Google’s services and the ads delivered by Google.”

“Google made a clear representation about how it would protect users’ privacy,” Sims said.

“The ACCC alleges that Google made changes without obtaining the explicit consent it had promised consumers it would obtain before altering how it protected their private information.”

A spokesperson from Google said the company "strong disagrees" with the ACCC's allegations, and intends to defend its position on the matter.

“In June 2016, we updated our ads system and associated user controls to match the way people use Google products: across many different devices," the spokesperson said.

"The changes we made were optional and we asked users to consent via prominent and easy-to-understand notifications. If a user did not consent, their experience of our products and services remained unchanged.

"We have cooperated with the ACCC’s investigation into this matter. We strongly disagree with their allegations and intend to defend our position.”