Google Australia sued over collection and use of location data 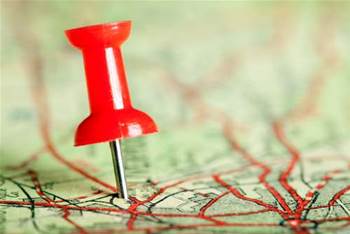 ACCC claims consumers misled about how to disable tracking.

Google Australia is facing federal court action initiated by the Australian Competition and Consumer Commission over the way it collects, stores and uses location data.

The ACCC alleged that Google had breached Australian consumer laws since “at least January 2017”.

At issue are “on-screen representations made on Android mobile phones and tablets about how location data is allegedly collected and used “when certain Google Account settings were enabled or disabled.”

“We are taking court action against Google because we allege that as a result of these on-screen representations, Google has collected, kept and used highly sensitive and valuable personal information about consumers’ location without them making an informed choice,” ACCC chair Rod Sims said in a statement.

The ACCC claimed that “from January 2017 until late 2018”, Google did not “properly disclose” that two account settings - ‘location history’ and ‘web & app activity’ - needed to be switched off “if consumers didn’t want Google to collect, keep and use their location data.”

“Instead, the ACCC alleges that when consumers set up a Google Account on their Android phone or tablet, consumers would have incorrectly believed, based on Google’s conduct, that ‘location history’ was the only Google Account setting that affected whether Google collected, kept or used data about their location,” the ACCC alleged.

“Similarly, if consumers later accessed their Google account settings on their Android device, Google did not inform them that by leaving ‘web & app activity’ switched on, Google would continue to collect location data.”

“We allege that Google misled consumers by staying silent about the fact that another setting also had to be switched off,” Sims said.

The ACCC also claims that on-screen statements about how location data would be used were misleading.

“Google did not disclose that the data may be used by Google for a number of other purposes unrelated to the consumer’s use of Google’s services,” the ACCC alleged.

“We consider that because of Google’s failure to disclose this use of data, consumers were and still are deprived of the opportunity to make an informed choice about whether to share their personal location data with Google.”

The ACCC said it “is seeking penalties, declarations and orders requiring the publication of corrective notices and the establishment of a compliance program.”

In addition to the court action, Google is already facing regulatory reforms stemming from the ACCC's digital platforms inquiry, which could unpick Google's dominance in search and other areas of business.

Google last month criticised suggestions that it should have to display a pop-up in Android offering users an alternative search or browser choice.

A Google Australia spokesperson said it is "currently reviewing the details of these allegations."

"We continue to engage with the ACCC and intend to defend this matter," the spokesperson said.

The ACCC's statement of claim can be found here.