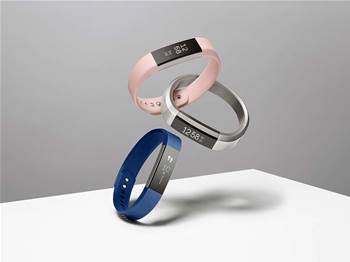 The Australian Competition and Consumer Commission (ACCC) is investigating Google’s proposed acquisition of wearable fitness device manufacturer Fitbit over concerns it could adversely affect the digital advertising and health markets.

Fitbit announced the deal in November last year to be acquired by Google for US$2.1 billion (A$3.05 billion), which has since prompted investigations from the US Justice Department and warnings from the European Union consumer and privacy groups.

ACCC chair Rod Sims said on Thursday that Google’s purchase of Fitbit will allow it to build an even more comprehensive set of user data, “further cementing its position and raising barriers to entry to potential rivals”.

“The ACCC’s Digital Platforms Inquiry found that Google’s substantial market power is built on its concentration of search and location data, and data collected via third-party websites and apps,” Sims said

“Past acquisitions by Google, of both start-ups and mature companies like Fitbit, have further entrenched Google’s position.

“The access to user data available to Google has made it so valuable to advertisers that it faces only limited competition.”

The ACCC’s review of the acquisition will focus on online advertising services and fledgling data-dependent health markets, exploring Fitbit’s uniqueness in the market and the potential value of its data being in Google’s hands.

The issue is further complicated by the fact that, on top of the popular wrist-worn fitness trackers, Fitbit also provides software and other health and wellbeing solutions to employers, insurers and healthcare providers.

Another concern is whether Google is likely to favour its own wearable devices over those of competitors in relation to key services like WearOS, Google Maps, Google Play Store and interoperability with the broader Android ecosystem.

Sims added that the ACCC will be working closely with competition authorities in other jurisdictions that are also reviewing the transaction.

A spokesperson for Google did not comment on the ACCC’s latest inquiry, referring iTnews to the company's initial statement on the acquisition made in November 2019.