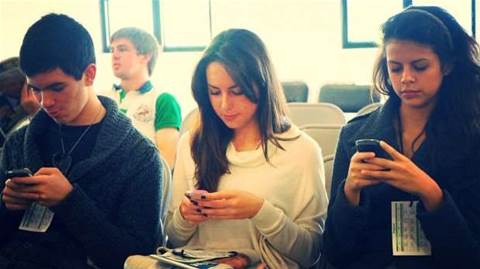 The Australian Competition and Consumer Commission (ACCC) is considering the future of regulations that guarantee mobile users can call customers on any network, in part because technology has bypassed the issue.

The competition watchdog said that mobile consumers now have considerably more options available when trying to call people on other networks, other than by placing a traditional voice call.

That choice could mean the mobile terminating access service (MTAS) - which ensures calls can be made between consumers on all mobile networks - may no longer be necessary.

“The power of end-users has grown substantially through the availability of substitutes like OTT [over-the-top] and VOIP services,” the ACCC said today. [pdf]

“Customers can switch, with relative ease, to another communication service if they are unable to make calls from their service provider to another network.

“This power of consumers is growing, and is being enhanced by the increased availability, and quality, of OTT and VOIP voice and messaging services.”

OTT services like WhatsApp, Messenger, Line, Viber and even Skype - as well as the ability to place voice calls over wi-fi (using voice over wi-fi) - have given consumers more power in calling users, regardless of what network they use.

That applies not only domestically but also internationally, where OTT services have had a large impact on call volumes being placed using traditional means.

"These fall outside the MTAS service description and we are interested in knowing whether the ability of consumers to choose these ways of communicating means that declaration of the MTAS is no longer necessary,” ACCC commissioner Cristina Cifuentes said in a statement.

In its discussion paper, the ACCC raised the prospect of winding back the MTAS regulations, believing consumers now had enough power to dissuade mobile telcos from making it hard to terminate calls on other networks once more.

“It appears that the power of consumers is proving to be an effective constraint on the market behaviour of network operators and is reflected in the increased offerings of services and data bundles, combined with subdued pricing models,” the watchdog said.

The ACCC did note, however, that OTT services themselves suffered from “any-to-any connectivity” limitations, and often from call quality issues.

If OTT services started to compete more directly with mobile voice calls, they may need to be regulated.

“OTT services are not yet considered to constitute a full substitute for voice services, and the ACCC has not seen any basis for regulating the originating or terminating functions of OTT services,” it said.

The ACCC remains more concerned that mobile telcos could try to limit the influence of OTT services.

“The ACCC has, however, previously indicated concern over the potential for mobile service providers to foreclose these innovative services,” it said.

On the flipside, the ACCC is also looking at whether to relax rules on mobile telcos that put the OTT players at a commercial advantage.

“In the recent communications sector market study, the ACCC found that, to the extent that competing OTT services constrain pricing, there may be a case for reducing or removing existing economic regulation of traditional telecommunication services,” it said.
“For instance, the use of OTT services may reduce the need for SMS regulation to continue.”