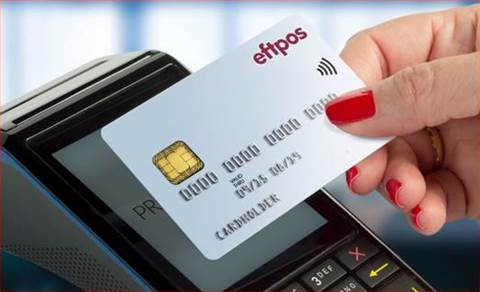 eftpos, BPAY and NPP Australia (NPPA) have been granted permission to merge after the country’s competition watchdog accepted their offer to maintain the eftpos payments scheme until at least 2025.

The undertakings sought to address industry fears that the merger would weaken payment competition, with the parties offering to maintain current levels of service, including least-cost routing (LCR) and the eftpos payments scheme, for at least four years.

“We do not consider that the merger of these parties will substantially lessen completion in any payments market, after taking into account the court enforceable undertaking,” ACCC chair Rod Sims said.

Sims said that after considering potential competition concerns, including around the impact of the merger on eftpos’ services and low-cost routing, the ACCC found the services offered by eftpos, BPAY and the NPP did not compete closely, at least at a high level.

“The ACCC recognises that rapid change is taking place in the sector, but ultimately it was satisfied that, with the undertaking, the amalgamation will not have a significant adverse impact on eftpos’ services of the availability of LCR,” he said.

Sims added the Reserve Bank of Australia will also “continue to take action to safeguard the availability of LCR”, which, when combined with the commitments in the undertaking, “will minimise the risk that eftpos is diminished or that LCR will become less available”.

The undertaking accepted by the ACCC commits the merged entity, to be called Australian Payments Plus (AP+), to ensure eftpos maintains LCR and the eftpos payments scheme and card-based issuing and acceptance infrastructure for four years.

Eftpos and the NPPA are also required to develop a set of “prescribed services” within agreed timeframes, and all three organisations must create an industry standard for payments via QR codes by the end of June 2022.

“We accepted the undertaking because we consider it will help ensure that eftpos will develop and improve its debit-based payment services for point-of-sale, online and in-app payments,” Sims said.

It will also allow the three payment schemes to “coordinate investment proposals and avoid inefficient duplicative spending”, which will increase the likelihood of the major banks and other shareholders investing in domestic payment services.

“This is likely to result in public benefit, by placing them in a better position to deliver payment service initiatives more quickly and successfully, for the benefit of consumers and businesses,” he said.

Sims added the merger is “likely soften competition in areas where the providers were looking to expand”, but that this is “unlikely to result in a substantial lessening of competition because strong competitors will remain, including Visa and Mastercard”.

The committee overseeing the merger of eftpos, BPAY and NPPA and AP+ welcomed the ACCC decision, which it said would allow it to “better compete with international card schemes and Big Tech”.

“This is an exciting day for all users of Australia’s payments system, as we are now in a position to better coordinate investments in payment innovations, bring new products to market faster and work together to bring down transaction costs,” committee chair Robert Milline said in a statement.

AP+’s inaugural independent non-executive chair Catherine Brenner added that the process of recruiting the remaining three independent directors to the 13 person AP+ board had now commenced.

“Today marks the start of BPAY, eftpos and NPPA working together to form AP+,” she said.

“Over the coming months, the three entities will complete a number of corporate restructuring steps, including transitioning to a single board structure.

“This includes the three entities moving into the same premises and establishing working groups for staff to share ideas and work streams.

“The transition to the single Board structure is expected to be complete by Christmas.”