ABS feels the squeeze on major IT upgrade 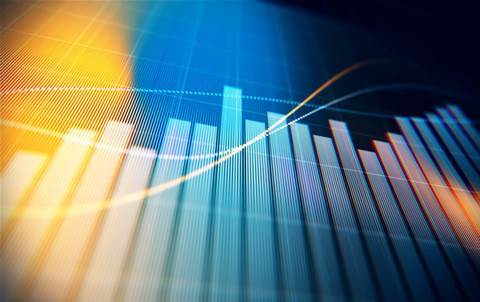 The Australian Bureau of Statistics has been urged to better manage costs associated with its $250 million transformation drive in light of additional funding being needed to shore-up the complex project.

An audit of the [pdf] statistical business transformation program (SBTP) has found the agency is struggling to address “affordability risks” for a project that is already feeling the squeeze on its finances.

The major upgrade of ABS’ ageing systems – some of which are over 30 years old – began in 2015 after the government provided $257 million over five years to “address a significant risk of statistical system failure”.

It followed pleas from then acting ABS boss Jonathan Palmer for funding to upgrade old and unstable technology systems and introduce a range of new mobile apps and online portals to provide access to ABS data.

But the program – which is now more than half way through – is struggling to keep tabs on its “program affordability risk”, which is one of only a handful of worsening risks for the project that has an otherwise “appropriate” and “largely effective” risk management framework.

“The risk that the ABS will not have sufficient funds to fully implement the program has not been managed effectively,” the audit office said.

“The ABS has not quantified the scale of funding issues or revised the program costs to reflect changing circumstances.”

Cost have already been identified by ABS as having “exceeded allocated budget as a result of the complexity and scale of the program and the need for high level estimation”.

The issue of affordability was initially raised by the program delivery board and included on the program’s risk register in January 2016, when it “identified ‘cannot afford to develop all essential capabilities (cost greater than budget)’ as one of 16 high program risks”

The agency has since made a number of changes to the program to address affordability risk such as restructuring program organisation to reduce cost and increase velocity and topping up funding in this year’s budget.

A number of other ‘affordability risk treatments’ are either ongoing or in progress, including reducing executive and program office resourcing levels and replacing half the 50 contractors on the program with ongoing or non-ongoing staff, which is expected to save in excess of $4 million.

However the additional funding in the 2018 budget, most of which was to pay for expenses related to the Australian Marriage Law Postal Survey, is unlikely to cover all the additional costs anticipated.

The program executive board reported in May that “an additional $30.9 million would be required in 2018-18 to progress the program as planned”, one month after indicating “affordability risk remained high and the status of risk was ‘worsening’”.

“The reasons for escalation included the phasing of funds in future years due to schedule delays, delays to expected benefits and unfunded system maintenance,” the audit states.

Then in June the “program presented a strategy to prioritise delivery of selected ‘pioneer’ statistical programs”, with close to $25 million expected to be needed over the next four years.

The ABS executive board has since “endorsed an additional $10 million for the program”, but it “has not quantified the estimated total cost to complete the program” and it is not understood whether the additional funding has been taken from ABS’ internal budget.

“The options developed and treatments applied to the affordability risk do not address longer-term budget challenges, including the cost to complete any deferred capability and the impact on benefits realisation.”

Responding to the audit findings, ABS indicated that they have been “assiduous in managing the risks associated with its SBTP”, pointing to a December 2017 gateway review from the Department of Finance that indicated “the program is proceeding well”.

The ABS is also considering pulling the 2021 Census under the umbrella to use some of the program’s components for delivery.

While the program originally applied to all ABS data collections apart from the Census, the change “was recommended as part of the options for a changed delivery approach presented to the program executive board on 27 June 2018”.

“This option was reported to the Minister as being endorsed by the Board and is currently being progressed,” the audit states.

“The risks associated with including Census in the Program have not yet been assessed, are not included in the Program risk register and are not currently reflected in the risk appetite.”