A model for global innovation 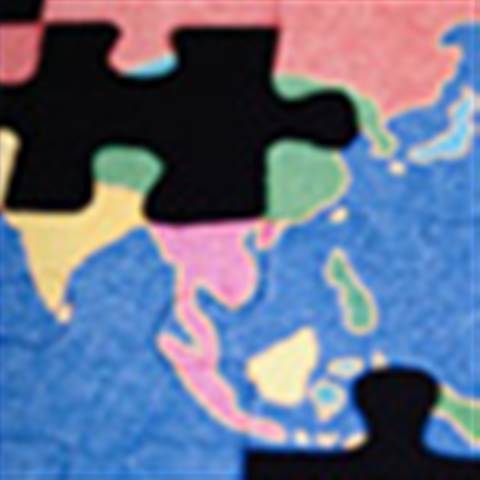 IBM's venture strategy pairs it with investors and entrepreneurs around the world. Can CIOs leverage the model?

Page 1 of 2  |  Single page
CIOs have several choices when it comes to sourcing innovation. One option is to put the entire creative burden on their internal team, hoping that in-house technology will be enough to maintain a competitive edge. Another is to buy the technology from the outside. A third approach is to think outside the box—way outside.

Some of today's most innovative IT thinking is occurring outside of Fortune 1,000 companies, in places like Shanghai, Bangalore, and Dublin. It's clear that the pipelines to fuel innovation exist in emerging geographies as much as they do in Silicon Valley. There's no reason why innovation should be any less compelling in Shanghai than in San Jose. What's often difficult is connecting leading-edge or emerging technology developers with the established players.

At IBM, we've been able to tap into many new technologies and processes that are scattered throughout the world by establishing close relationships with the venture-capital community. Knowing that VCs will invest billions to fund what they feel are good bets in the technology arena, we created a network of partnerships with VCs and the companies they back. This model offers a terrific opportunity for companies in almost any industry to benefit from previously undiscovered technologies and ideas that can change the rules of competition. CIOs can follow similar paths to promote innovation within their companies.

Through the IBM Venture Capital Group, we offer startup partners the opportunity to deliver their products using our technology, as well as access to our research engine, sales channel, and consulting group—all areas usually inaccessible to young companies. These up-and-comers need strong players to help them succeed, and there's a real opportunity for large companies to fill that requirement.

In return, established enterprises like ours get access to innovative business models and technologies they otherwise may never have seen. It's a good trade at both the strategy and deployment levels. These synergies have proved fruitful to us, and we believe others can benefit as well.

One of the areas my group focuses on is establishing partnerships with VCs and startups in emerging markets, including China, Brazil, India, Israel, and Russia. In the latter four, there's pent-up demand and money waiting to be invested—though you won't see the kind of ecosystem process that exists in Silicon Valley or China—and even China has its challenges.

A constant challenge is finding ways to get deals flowing within these countries. To catalyze the environment in these nations, we have established partnerships with more than 1,300 venture-backed startups globally. Every compelling kind of innovation we've seen is borne out of an acute need—whether it's the economy, the climate, or even governmental pressure.

We formed the group in 2000, in a period when VCs were flourishing. This was also around the same time IBM made a strategic decision to exit the traditional enterprise applications business. We spent a year determining how best to address this emerging opportunity and ultimately decided that building an ecosystem of partners—working together rather than in competition—would be essential to our success in the marketplace. Seven years later, participating with VC firms rather directly investing in startups has proven to be the best strategy to calibrate mutual innovation.

Working in this way with VCs has been key. There are tens of thousands of startups around the world, but only 800 or so world-class VCs. We only have to look at comparatively few companies after the VCs make their cuts. For us, this strategy provides the best insights into the most promising deals. We typically meet with startups after a VC makes an initial investment or during the decision process to help provide technical due diligence.

As part of our global initiative, IBM has established Innovation Centers throughout the world. Today, we have 33 such facilities, where entrepreneurs can access cross-platform test environments, access technical experts, and get help designing and integrating products or services onto various platforms. We offer the services to our venture-based startup partners free of charge.

The Venture Capital Group falls under IBM's corporate-strategy umbrella. As a result, we can look for new growth opportunities without an obligation to meet specific financial needs. In addition to the core members of our group, we have dozens of other employees throughout the world who are tightly linked to our business units and strategically placed in the markets where our VC partners reside. Our customers are business units within IBM that are looking for a new or complementary technology, and venture-backed startups that are looking for a go-to-market partner like IBM.

We're the eyes and ears into emerging technologies for our business-unit customers. We're always on the lookout for the next technology innovators who may fill a core need a business unit has identified.

All of the major business units within IBM leverage our relationships with VCs and startups to tap into specific technologies and new business models. That then becomes a directed search for us to look through our worldwide network for a solution. We spend approximately 80% of our time helping these business units fill gaps and address a specific market with a certain technology. The rest of our time is spent discovering new and truly disruptive technologies. In this case, I'd bring the new technologies or business designs to IBM, and we'd find an appropriate sponsor or home.

A good illustration example of how we operate is in our relationships in China. In the past 18 months, we've established relationships with 200 new VC-backed startups there. China offers some of the biggest potential in the world in terms of innovative technologies. A great example is a Beijing-based wireless provider called YeePay—a name that translates to Easy Pay.

YeePay developed technology that allows cell-phone users to pay for products and services over their mobile phones via micropayments. The Chinese, like us, are attached to their cell phones, only more so; they can download or consume numerous services using the devices. The challenge is that many of them don't have traditional bank accounts or credit cards, so monetizing mobile broadband services without such a financial infrastructure poses a serious barrier to the development of this market.

Because YeePay was a tiny startup, going to market with us gave them the credibility it needed to close deals with large banks or large wireless providers. So IBM stepped in, giving it access to the largest banks and telecom players—all of whom happened to be our customers. We took YeePay's business application to our financial customers in China and throughout Asia. Through the partnership, YeePay increased the value of its financial transactions 10 times to $1.2 million.

Since launching its payment service in March 2005, YeePay has become one of the fastest-growing E-commerce companies in China, offering businesses and individual consumers a payment system with innovative features that include person-to-person transactions by E-mail and interactive voice response for transferring funds by telephone.

To do business and keep pace with the explosive growth of China's Internet-based commerce, YeePay required a secure and scalable IT foundation to assist in its business processes, integrate its applications with business customers and banks, support a rapidly growing customer base, and support an ever-increasing volume of transactions. Because IBM is in the business of delivering information systems, we were able to help build the infrastructure services and applications the young company needed. With our assistance, YeePay developed a triangular network between content providers/merchants, banks, and mobile telecom providers/operators to enable transactions with people who aren't bank customers.