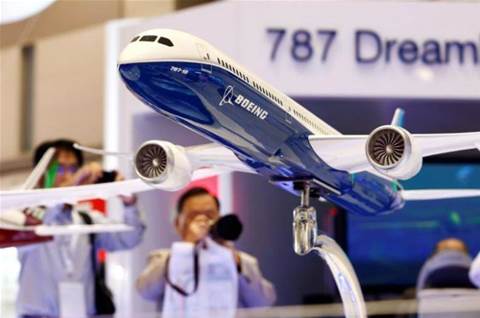 Boeing has hired Norsk Titanium to print the first structural titanium parts for its 787 Dreamliner, a shift that the Norwegian 3D printing company said would eventually shave US$2 million to US$3 million off the cost of each plane.

The contract is a major step in Boeing's effort to boost the profitability of the 787 and a sign of growing industrial acceptance of the durability of 3D printed metal parts, allowing them to replace pieces made with more expensive traditional manufacturing in demanding aerospace applications.

Strong, lightweight titanium alloy is seven times more costly than aluminum, and accounts for about US$17 million of the cost of a US$265 million Dreamliner, industry sources say.

Boeing has been trying to reduce titanium costs on the 787, which requires more of the metal than other models because of its carbon-fibre fuselage and wings. Titanium also is used extensively on Airbus Group SE's rival A350 jet.

"This means US$2 million to US$3 million in savings for each Dreamliner, at least," starting in 2018 when many more parts are being printed, Chip Yates, Norsk Titanium's vice president of marketing, said.

Boeing builds 144 Dreamliners in a typical year. The company declined to comment on the estimate but said Norsk's technology would help reduce costs.

The Dreamliner turned profitable last year after racking up nearly US$29 billion in production-related losses.

Norsk worked with Boeing for more than a year to design four 787 parts and obtain Federal Aviation Administration certification for them, Yates said.

Norsk expects the US regulatory agency will approve the material properties and production process for printed parts later this year. That will "open up the floodgates," Yates said, by allowing Norsk to print thousands of other parts for each Dreamliner, without each part requiring separate FAA approval, resulting in the millions in expected savings per plane.

"You're talking about tonnes, literally," on the 787 that would be printed instead of made with traditional, expensive forging and machining, he said.

General Electric is already printing metal fuel nozzles for aircraft engines. But Norsk and Boeing said the titanium parts are the first printed structural components designed to bear the stress of an airframe in flight.

Norsk said it will print initially in Norway, but aims to have nine printers running by year-end at a 67,000-square foot facility in Plattsburgh, New York.