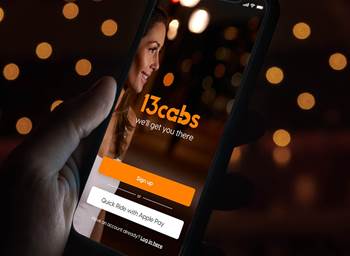 In a rush, or perhaps in an advanced state of relaxation at the tail end of a night out? 13cabs’ new addition to its iOS app is set to help.

Building on its integration with Apple Pay earlier this year, the Australian taxi network service provider (which is part of ASX listed A2B the includes Cabcharge) has launched a new ‘Quick Ride’ functionality to get travellers on their way with less hassle.

13cabs chief technology officer Deon Ludick told iTnews the Quick Ride functionality bypasses the need for Apple Pay users to set up and register an account or log in to a pre-existing one, allowing them to jump straight to hailing a cab through the app.

He said the target demographic for the Australian-first feature is people who are time poor or unlikely to care about setting up a log of multiple taxi rides, such as tourists visiting for just a short time.

However, the functionality could also work well if ride sharing services are attempting to gouge stranded travellers with monumental surge prices and you quickly need an alternative, or if you’re not exactly in a state to enter all your credit card details or remember the login details from when you used the app last.

“At 13cabs, we wanted to make booking via the app as fast and easy as possible, to match the speed of hailing a cab and Quick Ride with Apple Pay enables us to do that in just a couple of taps on iPhone,” he said.

It also adds another layer of security in that 13cabs doesn’t need to store a user’s credit or debit card details as payments are handled through Apple Pay which uses virtualised cards, encrypting and storing the real card numbers locally on the iPhone’s secure element.

Travellers don’t need to add any extra details either, avoiding a repeat of Uber’s 2016 data breach where 1.2 million Australians were among the 57 million to have their data stolen - only for the rideshare company to pay $100,000 to the hackers to cover up the theft.

Ludick said the new functionality is part of the company’s strategy to improve its digital offerings in a bid to attract and retain new customers, which has been underway now for three years.

The Quick Ride feature, which was in development for around three months before launching recently, is just one in a string of features the company introduced to stay competitive in the changing transport landscape.

Other developments in the A2B family have included the integration of digital wallets like Google Pay and Apple Pay into Cabcharge, eTickets, and Alipay to tap into the booming Chinese tourist market.

The improvement in 13cabs’ offerings has resulted in a 66 percent increase in app downloads over the last year, bringing the company to 2.34 million Android and iOS devices.

Around 70 percent of 13cabs app users are iPhone users, Ludick said, which is why the Quick Ride tool was initially rolled out for iOS.

However, if it proves popular he said the feature may well be introduced to the Android version of the app.