The mechanics of Woodside's Watson environment 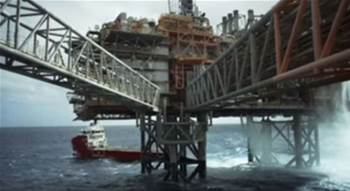 In addition, Watson is in part powering an experimental virtual avatar called Willow that Woodside unveiled at the conference.

Prior to World of Watson, Woodside had revealed only select details of its commitment to Watson, and very little about the mechanics of its deployment.

Most of the public focus has been on ‘Watson for Projects’ - a desktop interface that lets staff query 30 years’ of historical internal data and documents.

The company hinted earlier this year at a drilling deployment for Watson, which Potapinski provided the first detailed look at during World of Watson.

The drilling instance took six months’ work in collaboration with Woodside’s geoscience team to stand up.

Potapinski said drilling an offshore well could cost anywhere between $50 million and $150 million, with geoscientists and drilling engineers typically spending weeks or even months evaluating well completion reports from the same geographic area prior to a new well being drilled.

“They might review 20 or 30 of these well completion reports” – he showed one hard copy that spanned three full binders with double-sided printing – “and it takes a geoscience team weeks of work to pore through this” material.

“So they’re spending six weeks – up to necessarily two months – of reading this information and summarising it before they can even start their work,” Potapinski said.

Watson for Drilling changes this process substantially. Engineers are now presented with a map upon which they can draw a circle or square, and “every drilling event for every well in that [area is then] nicely summarised, in depth order” and presented in a single screen.

Watson has been taught to contextually understand the language of the geoscientists. This was important, according to Potapinski, because the language in well completion reports varies so much that keyword searches are impossible.

“These aren’t just our drilling reports [that we’re searching across] – these are reports from Shell, BP, Apache, Chevron etc and so all of the engineers from different generations word things differently,” he said.

“Keyword searches don’t work here. In some cases things are worded completely differently and the [Watson] machines are still able to accurately assess the various incidents that have occurred just in the free text of … documents.”

As the number of Watson instances grows, it adds to the complexity of Woodside’s enterprise environment, which already covers “hundreds of applications, databases and systems”.

Extracting insight from across this environment is a job for Willow, an Alexa-like virtual avatar that lets staff interact with with all of Woodside’s enterprise systems using natural language voice commands.

iTnews revealed the existence of Willow last month. It is still in a prototype phase and architecturally does not rely on off-the-shelf IBM components.

“I’m not going to say too much [about Willow’s architecture] but it’s first of a kind and it’s not a product offering from IBM,” Potapinski said.

“We’re working very much in conjunction with IBM development labs in creating this prototype.

“The prototype was successful in April and since then my team has been spending the time hardening it – [with] all of the enterprise protocols that you would expect - to get it up and running right now.”

Woodside is in the process of adding more data sources to Willow.

“We can now ask Willow what the production levels at our Karratha gas plant are, or to show us the health and safety incidents that have occurred at our Pluto facility,” Potapinkski said.

He describes Willow as “how we’ve always wanted to interact with machines" - the vision for cognitive science "before we had even before we met anybody from IBM".

“All information – structured, unstructured – available to you instantly, however you want,” Potapinski said.

However, even he was unsure if it was feasible, and so even for a project with as much executive buy-in as Woodside’s cognitive drive enjoys, the early Willow development occurred in secret.

“We didn’t know if it was going to work," he said.

“When we were ready to show [CEO Peter Coleman] the proof, he came down and saw it, and I was about to explain the vision and he just said, ‘I get it. Go’.”

Potapinski sees Willow as the cusp “of delivering on the promise that cognitive machines have been having for years".

“I don’t want to overplay it – Willow is not a universal replacement for all user experiences, user interfaces, but you get some idea of where Woodside is going with this,” he said.

“But you can see what we want – people focusing on solving business problems, not running around looking for data or simply not even knowing that data exists and making decisions based on gut feel rather than what does the true evidence suggest that they should be doing.

“Willow is going to be more of a long-term goal, and sort of an ever-evolving system.”

Regardless of the progress it has made so far, Woodside’s cognitive science journey is still relatively young.

“We’re just getting warmed up,” Potapinksi said. “This is year two ... or it will be year two in about four months.”

Woodside’s cognitive science team started out small, comprising just four people in January 2015. Its leadership isn’t from a data science background but rather from an oil and gas domain.

“We’re deeply knowledgeable about the oil and gas business. That makes it a lot easier for us to assess business value and business cases for cognitive, because until we had this job that’s what we were doing every day of the week.”

As Woodside has moved to deploy more instances of Watson, it has refined its strategy and processes for deployment.

Each Watson system has its own “corpus” – basically, the repository of documents and knowledge upon which it is built. Watson for Projects has about 33,000 different documents, while maintenance engineering has over 320,000.

“We have found that it is better for these systems to be a little bit narrow and very deep,” Potapinski said.

This quickly became apparent as “a geologist does not speak like a project installation manager” – and therefore one Watson instance might not be the best way to deal with the highly-specialised needs of various internal users.

With such a large volume of material being added to each instance’s corpus, not much validation occurs to the data as it is drawn in.

“With any of these cognitive systems, we validate coming out,” Potapinski said.

“So rather than try to clean up the 320,000 documents for Watson for Turnarounds, it’s actually when you do the search and extract the particular piece of answers that your human cognition has to kick in there and say, ‘Is this appropriate for the context? Can I rely upon this?’”

Because Watson presents both an answer within a machine-generated excerpt of text as well as the full source documentation from which it took the paragraph, engineers or geoscientists have everything in front of them to validate whether Watson has hit the mark.

They are also able to upvote the best answer or answers, thereby allowing the cognitive algorithms to be even more accurate in future.