The 2016 leap second: Will our computers cope? 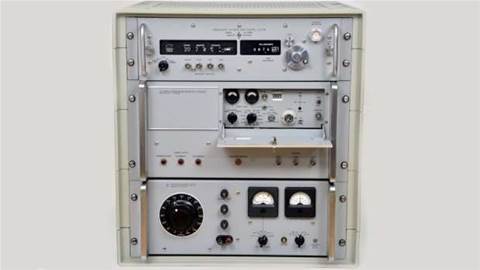 [Opinion] 61 percent of the internet's time servers are doing it wrong.

To the time-poor of the world: take heart, for 2016 is a generous year. Not only were you granted a leap day on 29 February, you will soon score a New Year’s Eve countdown bonus, a leap second, to hold off 2017 for a final sip or regret.

Whereas leap years add a day to align the calendar with the seasons, leap seconds align our everyday clocks with the Sun’s position in the sky, that is, with the Earth’s rotation.

Currently our planet takes roughly 86,400.00183 seconds (on average) to turn, instead of the expected 86,400 seconds you get by multiplying 24 hours by 60 minutes by 60 seconds. This may not sound like a great difference, but it amounts to a full second every 18 months. If left unchecked, it would become noticeable over time, and ultimately become problematic.

How did we get into this awkward situation? Why not just define a second so that there are exactly the right number? This sensible idea was tried in 1874, but hit a snag: the Earth keeps changing.

In terms of today’s standard SI second (defined via atomic physics), the above discrepancy is due to the fact that the day is losing about 0.0015 seconds per century, due largely to tidal friction.

Not only that, it also changes quite erratically due to mass redistribution. For example, it is slowed by oceanic thermal expansion due to global warming, just as a playground spinning seat slows, via the conservation of angular momentum, when you place your body farther from the centre.

But unlike leap years, leap seconds cannot be calculated centuries in advance. Because the Earth moves erratically, it must be observed closely, and leap seconds scheduled on an as-needed basis.

In UT1, seconds actually vary in duration, being stretched and compressed to match the Earth’s variations. In UTC, all seconds are standard SI seconds, which is much simpler, but it means that if you want to slow down or speed up UTC, there is no alternative but to jump.

All the leap seconds so far have been “positive”, meaning that an extra second is inserted, corresponding to jumping the clock back, and so slowing it down.

Time's up for the leap second?

The leap second system has been with us since 1972. It represents an important chapter in the entangled history of civilian timekeeping, and of the definition of the second itself. Its days, however, may well be numbered.

For a number of years, support has been growing within the International Telecommunications Union, the standards body governing leap seconds, to abolish it.

The chief reason is complexity. Simply put, hardware and software can and do get things wrong. And the potential impacts are serious, from failures in navigation leading to collisions, to erroneous financial transactions, computer crashes and the inability to specify UTC times reliably into the future, because the leap second times are not yet known.

Because UTC jumps back at a leap second, effectively the second before the leap is repeated. Managing such “time travel” is inherently complex and error prone, so much so that in many cases the recommended action is to simply shutdown the system and restart it after the leap.

A dramatic illustration of the problem can be found in the internet. All computers have software clocks that generally rely on communication with time servers over the network to synchronise to UTC. Network timekeeping is a core internet service, and at its heart are the Stratum-1 servers, which have direct access to reference hardware such as atomic clocks.

We collected data from around 180 such servers around the world during the June 2015 leap second event, and assessed them from two points of view.

First, the clocks themselves: did they jump cleanly and sharply exactly as required?

Second, at the protocol level, that is with respect to the messages the servers send to the computers that rely on them: did they inform them properly of the upcoming leap?

Overall, we found that, at most, 61% of the servers were performing correctly. Many of the servers are well known and highly utilised, potentially impacting thousands of clients, possibly resulting in security vulnerabilities.

An expanded experiment is currently underway for the 2016 event, involving almost 500 servers, including from the widely used ntppool project.

This is part of a broader network timing project at UTS led by myself together with Dr Yi Cao, which aims to refashion the global system, and in particular to make it scale in a trusted way to the Internet of Things.

Finally, we must point out that leap seconds occur simultaneously across the globe, and it can’t be midnight everywhere.

Thus, as I confirmed with Dr Michael Wouters, responsible for Australia’s reference time at the National Measurement Institute, for us it will occur at 11am AEDT on January 1, 2017. Save the last sip till then.

Got a news tip for our journalists? Share it with us anonymously here.
Tags:
leap second oddware telco/isp time