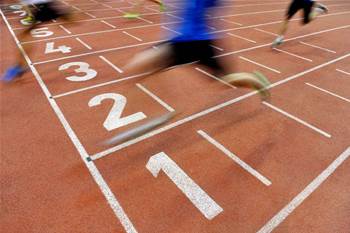 Are all-flash customers concealing their identities?

Part 2: Separating the fact from fiction on customer take-up.

If there are large enterprises in Australia that have embraced the all-flash data centre, they are keeping very quiet about it.

Pure Storage claims to have a "few", but APJ CTO Michael Cornwell won't name them lest he give away their secrets to competitors.

"A lot of customers are seeing this migration to flash as their competitive advantage and so they don't necessarily want to tip their hand at what they're doing in their infrastructure," Cornwell said.

Gartner's most recent Magic Quadrant for solid state arrays is perhaps more instructive: it expects data centres running primary data in all-flash - rather than hybrid - arrays to grow "from 0 percent today to 25 percent" by 2020.

In other words, it's extremely unlikely that any larger enterprises would have shifted to an all-flash storage environment yet.

It's simply too soon, and storage isn't something users just rip and replace.

"When you're talking about all-flash data centres, of course people aren't going to move off all of their current infrastructure," SanDisk A/NZ country manager Simon Williams said.

"They've got an investment there, they've got management systems there. But when they start upgrading this and saying 'I need more capacity' or 'I'm at the end of my support period', they'd be crazy not to consider it."

"Having said that, larger organisations are following pretty close behind," he said. "They've got asset life cycles that don't line up and hence they can't jump into something immediately."

Vendors reported more success in selling the all-flash concept to smaller and mid-market customers, although again there are few names mentioned.

Pure Storage cited one of the few public examples of all-flash migration as Perfection Fresh, a grower and supplier of fresh produce to supermarkets. It replaced "its entire existing disk" with a 12TB capacity flash array.

'It gets you thinking'

All vendors interviewed by iTnews agreed that flash would find its way into the enterprise data centre as part of a specific project.

They're hoping the customer would see other uses for flash, and expand the footprint as time went on.

Alcoa is a case in point. The world's third-largest producer of aluminium has extensive global operations, including in Australia where it operates bauxite and coal mines, alumina refineries, an aluminium smelter and a power station, among other assets.

"We started typically I think where the majority of organisations start in their consideration [of flash]," Alcoa's data centre infrastructure manager Mike Abram told SiliconANGLE on the sidelines of this year's HP Discover event in Las Vegas.

"You have a refresh opportunity come up with a highly critical application where you need to drive performance from a business perspective, and as you do that refresh you look to put it on pretty much on the fastest performing infrastructure you can acquire at the time."

"It gets you thinking," Abram said.

"You take a look as you have a lot of global application footprints and you have a lot of challenges of providing uptime and stability and performance while your Australian users are logging into your app hosted out of your US data centre.

"You take backups, and performance degrades significantly, your help desk gets flooded with tickets, you say 'hey, it's not a highly critical application but I'm going to take that because it's global and I'm going to put it on flash.

"It can get addictive as you start to look at every problem you come up with and go 'why don't I just throw that on flash?'"

Alcoa is in the process of moving more workloads, as well as "non-traditional" and "problematic" applications, into the firm's burgeoning HP flash environment.

"Larger enterprises start with XtremeIO as a point solution fixing an immediate problem, whether it be a transactional application problem for SQL or Oracle, or perhaps a latency problem," he said.

"They look at it and say 'we can solve that problem with this platform, get a taste for it, and then [expand]'."

McCullum said 50 percent of XtremIO business in Australia in calendar Q1this year came from repeat customers - an indication for how flash might take root and eventually dominate the enterprise data centre.

"Typically we go in on a use case, potentially say around VDI [virtual desktop infrastructure] or a test and dev environment," he said.

"Being a relatively new technology we typically go in around a project, get a footprint and expand from there."

Ditto Pure Storage's Cornwell: "I think what we are generally seeing in the enterprise IT market is there's a buy-in cycle with how people have approached flash.

"What typically happens is they've first tried flash in a point or pain-point application where they couldn't get their disk array to deliver the performance or application business needs.

"Then what happens is they see the simplicity of management, the relieving of the performance issues and then they start to see it's a reality that they can go to all-flash."

Check out part one of our feature on the feasibility of the all-flash data centre.