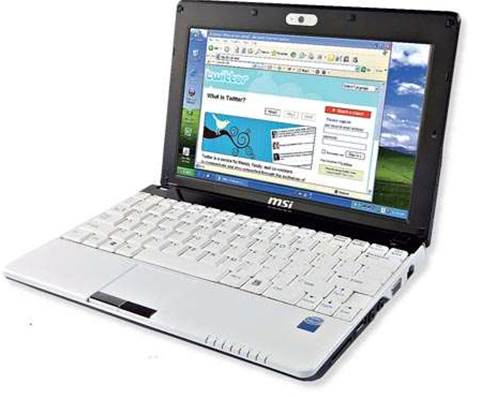 More than just a new coat of paint, the new Wind adds mobility with 3G. While the design and features don't look as cutting edge as they once did, this is still a great netbook

The netbook market is now a year old, and it's worth reflecting on how things have changed over that time, particularly when it comes to considering a refresh of one of our favourites from last years crop of netbook models: the MSI Wind.

When the Wind came out, it was impressive compared to the Eee PC and Aspire One that came before it. Apart from being significantly larger, it also had strong usability, featuring a wide keyboard and functional trackpad. It's overall sturdiness and 10in screen also helped it stand out from the competitors.

But what a difference a year makes. We recently spoke to Evan Williams General Manager of Dell's Home and Home Business Division. Williams sees consolidation of the netbook market as an inevitability in the current economic climate, with a subsequent reduction in the number of players and models.

It was apparent that Dell now sees three clear netbook segments. Basic models, such as the Eee PC 701 and other 7in and 9in models, are cheap and useful as appliance computers. Mobility models include 3G built-in, feature 10.2in screens and are designed for work on-the-go.

Ultraportable Models, such as the Asus N10, are larger, have longer battery life or considerably better performance than your average netbook.  Using that framework, the new Wind U100x fits clearly into the mobility category. It comes with a 3G SIM slot, Wi-Fi, Ethernet, and a 10.2in screen that amply suits working on the road.

The keyboard, as with previous models of Wind, is extremely comfortable to use, and although the trackpad now seems a little on the small size compared to the HP Mini, for example, it does the job.

The Wind also retains its build quality - the lid is as sturdy as ever, and there's a robustness to the chassis that's reassuring.

MSI has made no real attempt to change the existing look and style of the Wind, but it's black and white colour scheme gives it an air of business-like fun. The keyboard reaches to the edge of the chassis, and it still has one of the largest keyboards in a 10.2in netbook, surpassed only by the HP Mini 1001TU.

While 3G and wireless options might be expected to cut the battery down a little, this isn't the case for the Wind. The battery life on the new Wind is also excellent, surpassing the previous model with an impressive 3hrs 10mins even on our demanding heavy use test.

For light use, that jumps up to 5hrs 1min. Battery life was a former weakness on the 3-cell Wind, and it's fantastic to see it corrected, making the Wind a truly competitive netbook. That battery life also compares favourably to the Eee PC 901, which at 4hrs 43mins on heavy use, and 8hrs 13mins on light use, is the current Netbook battery life champion.

As we've come to expect from netbooks bearing the Atom N270 processor, the performance we achieved was a reasonable 0.39. That makes the Wind suitable for productivity, internet and other basic tasks without problems - it's not ideal for running demanding applications or for editing large images, though.

Where once the 80GB hard drive of the Wind was sizable, the new 160GB drive is excellent and allows the storage of multimedia files. It's still at the top of the range for netbooks.

The 3G slot is tucked behind the battery, and took us a moment or two to locate, but switching a sim in or out is straightforward, and gives you the option to change providers if you desire. The connection is managed by Ericsson wireless manager.

So far, the only other manufacturer with a 3G slot-enabled netbook in the Australian market is Dell, which got in first to secure deals with Vodafone for netbook+mobile broadband combinations.

MSI says that it is trying to secure deals with telcos, but in the meantime, the 3G slot is still compelling for those who want an all-in-one and have a SIM. The inbuilt 3G provides decent reception, but we had some difficulties getting it started. Turning on multiple wireless adapters at once seemed to confuse the OS.

The rest of the connectivity is standard: 3 USB ports, VGA, Ethernet, mic and headphone ports and a 4-in-1 card reader round out the features.

While the design and features don't look as cutting edge as they once did, this is still a great netbook, and if you're after an all-in-one solution, it looks like a good option.