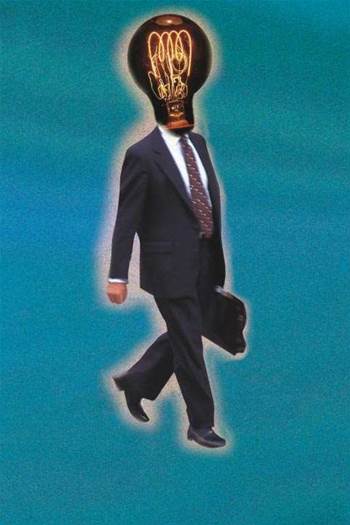 Being public enemy number one is a lot more mundane than you might think, the notorious hacker tells Paul Fisher as he awaits extradition.

It's a miserable, cold day and the rain has become persistent. Standing at the entrance to Wood Green tube station, I'm waiting to meet Gary McKinnon, the man US prosecutors claim is responsible for the biggest military hack of all time.

That sounds like an honour, but it isn't. For the man who arrives in jeans, trainers and a baggy black anorak on the other side of the station entrance it's part of a story that threatens to take away his liberty and land him in an American prison for the rest of his life.

The case surrounding McKinnon has been dragging on for more than five years. What is widely known is that he allegedly hacked into a number of US military and NASA computers in 2001 and 2002. He was arrested by detectives from the now-defunct high-tech crime unit after an indictment was issued by US authorities. Nothing much happened for three years, and McKinnon became a bit of a celebrity in the hacking community - although he's keen to point out that he doesn't see himself as any kind of anti-hero.

Then the extradition threat that had been in the background since 2002 suddenly became very real in 2005, when the home secretary cleared the way. Various appeals followed, but since the start of this year it began to feel that time was running out for the former system administrator. His appeal to have the extradition stopped was turned down by the High Court in April, and his hopes now rest with the House of Lords. But the procedure is not encouraging; the High Court has to appeal on his behalf and may refuse to do so. McKinnon now has to wait and see if he gets a call from the High Court. "It could take ages," he sighs. And even then his fate rests with three unnamed law lords, who may or may not make themselves fully aware of the facts in the case.

As we sit down to talk in a coffee shop, he tells me that waiting around is something he has become quite good at over the past few years. Unable to work, he has to fill his time on the £53.14 a week he gets in benefits. Under the terms of his bail he is banned from using the internet, which, he says was annoying at first, but he has got used to it. Then there is the weekly chore of signing on at Wood Green police station to prove he hasn't fled the country. Not that the life of a fugitive appeals. "I wouldn't want to flee. Anyway, my passport has been taken away - even though it ran out in 1982. I've never really been much of a traveller, I always preferred camping in the UK."

The teenage McKinnon was more interested in science fiction and UFOs - an interest that has never left him and is largely responsible for his current predicament. It was his quest for evidence of UFO activity that led him to poke around in NASA and US military computers. He claims that the existence of UFOs is kept secret by a process of ridicule. "Yet, some of the world's greatest problems could be solved. The oil-based economy would be out the window," he says. He really does believe this, too.

Meeting McKinnon you quickly realise that he hardly fits the bill as far as the quasi-terrorist persona the US seem to have created for him. He's quietly spoken and polite. He seems relaxed, sipping his tea, yet it's not hard to imagine the stress he must be under. The beta-blockers his GP prescribed have helped, he admits.

He says he has always been quite good at compartmentalising problems in his mind, although I wonder, when faced with a 70-year prison sentence, how much of a compartment that must take up. "It prays on my mind, but I try to maintain a fair bit of optimism, although my core of confidence and wellbeing, that has been eroded," he says.

In some ways, McKinnon is unlucky. He happened to be active around the time of 9/11 and its aftermath. A press release issued in December 2002 by a prosecuting US attorney talks of the "grave intrusion into a vital military computer system at a time when we, as a nation, had to summon all our defenses against further attack". There is also the matter of the "calling cards" that he is alleged to have left criticising US policy. This can't have helped his case?

"I might have left messages criticising their security, sometimes an anti-US government policy message," he admits. But nothing, he insists, to do with the country or its people. "I've been there, had a great time. I'm not anti-American. I'm just anti-US foreign policy over successive governments." And the alleged damage? "Either they invented that or someone else did it. I would love to see the evidence of the damage, what physical form that took," he says.

He's not alone in this. Other security experts I spoke to have also expressed a degree of scepticism at the US government's damage estimates - it's extremely difficult to prove. Plus there's the issue, often overlooked, at the ease with which McKinnon managed to access so many military-grade systems with off-the-shelf hacking tools. Others in the security community have questioned why no one has been brought to book for this. Some of his supporters say that it is the system administrators that should be tried and prosecuted, he says.

Has the Free Gary McKinnon website helped or hindered his cause? "It's definitely helped. In terms of support I've gotten, it gives a warm feeling." he tells me. He likes the fact that some US military personnel have left abusive messages - with their IP addresses traceable.

If his final appeals fail, then this, he says, is what will happen. It's almost worthy of Kafka. He will get a letter telling him to report to Heathrow airport, where he will be met by two US marshals. He will be cuffed, put into leg irons and taken on to a plane. This will be done by foreign police officers on British soil to a British citizen.

And when he gets to the US, he may have to wait up to two years for his case to come to trial - in jail. In an interview with The Guardian in 2005, he spoke of his terror at the prospect, so bad that he could hardly control his legs as he walked down the road or sleep at night. Now he says, it's not as bad, the fear comes and goes.

He has support from the US as well, especially from the UFO community, who post onto the website. "Dan Aykroyd mentioned me on a US chat show, with David Sereda," he tells me with pride.

He believes that he is caught between two conflicting schools of thought in the US. One is that he has embarrassed the US government and it might be best if the whole thing was forgotten, while others feel he should be made an example of. So what does he think should happen to him? "If I am completely neutral, I would say that I should be tried, but tried in the UK. If I am not, I would say that I would like the whole case to be dropped, as since 2002 my life has been a sentence in itself," he says.

As far as McKinnon is concerned, the UK government has not covered itself in glory over this affair. He feels an affinity with the NatWest Three, extradited to the US for different reasons, but subject to what many people feel is a one-sided extradition treaty. He feels very let down by home secretary John Reid.

"I realised when he was speaking that he understood very little of the US/UK extradition agreement. He was given an A4 brief. I understand more than he does," he says. He claims that someone very senior in the Crown Prosecution Service, told him that someone "very high up" had gone over Reid's head to ensure he would be extradited.

So now his hopes of remaining in the UK rest with the High Court and three unknown Law Lords who will look at his appeal. What would he say to them? "Please review the US/UK extradition treaty in its entirety - it's very definitely one-sided. The US has an agreement with 119 countries. The UK is the only one that will hand over its own citizens without evidence," he says. And if, and it's a big if, he is acquitted and gets his life back, he promises he would devote much of his time to getting that treaty changed.

THE CASE AGAINST MCKINNON

In its indictment, the US government charges seven counts of fraud and related activity that took place between February 2001 and March 2002. Gary McKinnon is accused of illegally accessing 98 computers, variously belonging to the US army, navy, air force, NASA, Department of Defense and a number of private companies.

However, the exact level of damage caused is one of the most controversial points in the case against McKinnon. Different figures are routinely bandied about by the press, and the wording of the original indictment is ambiguous; it does not state the actual levels of damage for each of the computers McKinnon is said to have accessed and damaged.

According to the Free Gary McKinnon website (freegary.org.uk/), he admits accessing NASA computers as part of his search for evidence of extra-terrestrial life, but denies deliberately causing any damage.

McKinnon now faces extradition to the US to face these charges. If found guilty, he is effectively looking at life imprisonment. At the time of writing, he is waiting to hear whether his application of appeal to the House of Lords against the extradition has been approved by the High Court.