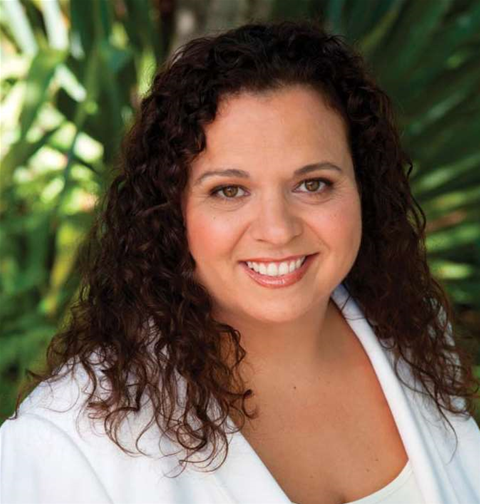 Opinion: Three errors of logic in the cost-benefit analysis.

Sometimes in politics, it is the actions of your opponents that best crystallise the virtues of your own policies.

The backward-facing ideology which underpins the “independent” cost-benefit analysis of the national broadband betwork is a case in point.

When Labor came to office in 2007, broadband penetration was languishing. Our nearest neighbours were charting a path to prosperity with investments in next generation fibre networks.  Australia’s telecommunications regulatory framework was broken and beset by vertical integration.  Facilities-based competition had failed.

An insurmountable digital divide continued to fester between rural and metropolitan areas. Nearly 12 years of conservative rule, some 18 failed plans, and the non-delivery of ubiquitous, affordable broadband.

So when Malcolm Turnbull seeks to denigrate Labor’s NBN by describing the project as unparalleled by world standards, he inadvertently admits the scale of the task it set out to remedy:  the compounded impacts of prolonged stagnation under a Liberal administration, of which he was a senior player.

Unwittingly for Turnbull, a report that was intended to be a knockout punch to Labor’s NBN serves only to highlight the stark choice that voters will make at the next election when it comes to broadband policy – from a Minister who boasts too much but, in less than a year, has actually delivered so little.

This report confirms much that is fraudulent about Coalition broadband policy. Here’s a sample of just three inter-related reasons why:

1. Your bandwidth needs will decrease over time – and Malcolm Turnbull will tell you how much you need

According to Turnbull’s cost-benefit analysis, in 2023 – that’s less than 10 years’ time - the bandwidth requirements of the median household will be 15 Mbps.

Yet as noted in the report itself, NBN Co figures show that 57.8 percent of NBN fibre-connected premises have already taken up speed bands of 25 Mbps or higher.

Even if one were to try and dismiss these take-up rates as reflective of early adopters electing the highest speed packages, the even more recent figures in the NBN Co annual report 2013-14 belies this.

As at 30 June 2014, the average speed ordered and provisioned across all fibre end-users was 36 Mbps. Early adopters could account for the slight decrease in average speed of 3 Mbps in the previous year, but there the explanation ends.

It is impossible to reconcile the assumptions of a cost-benefit analysis which purports a bandwidth requirement in the next decade which is less than half that of today’s reality.

And don’t forget, this is coming from a bloke who stood next to his leader when he announced on 9 April 2013: “[We] are absolutely confident that 25 megs is going to be enough, more than enough, for the average household.”

Maybe that’s the reason why Turnbull denies he has broken any promises, including this one made the very same day:

“Under the Coalition, by 2016…there will be minimum download speeds of 25 megabits… We will deliver a minimum of 25 megabits…by the end of our first term.”

After all, you’re only going to need 15 Mbps, so who’ll even notice?

The explanations in the cost-benefit report of the future meagre bandwidth requirements demonstrate what little progress has been made since Tony Abbott, self-confessed non-tech head, described the NBN as no more than a video entertainment system.

The report’s discussion of demand refers to large software downloads, video uploads and busy hours within a household. There are frequent references to improvements in video compression, a matter the Minister was keen to pitch to the media when confronted with the absurdity of the premise in his cost-benefit analysis.

But as highlighted in much of the immediate reaction to the report, these are not the standard, static usage patterns one can anticipate in future. Nor do they reflect the utilisation of broadband beyond the internet, nor the pervasive nature of the internet as integral to everything rather than a mere application on a device.

Today, the "Internet of Things” has permeated our discourse. It’s not merely a question of several devices running simultaneously for a few peak hours a day, it’s that everything is becoming reliant on high-speed broadband – always.

This report is utterly oblivious to this phenomenon which, far from being an over-the-horizon fad, is already here.

A quick search of current dialogue in the Internet of Things reveals, for example, a piece in the New York Times from this morning about a startup that has just raised US$30m utilising the IoT by developing a service that gives users greater control of their daily applications to manage them according to their individual needs.

So the next time Malcolm Turnbull starts banging on about his IT business credentials or muses on making Australia the new Silicon Valley, save your ears the trouble. His policy platform is based on the equivalent of prehistoric speeds and utterly devoid of tech rigour beyond video downloads.

3. What about the upload?

As I have been bemoaning since my maiden speech to the Parliament four years ago, the NBN is not about the download – it’s all about the upload.  Now that “the cloud” is embedded in our vernacular it’s increasingly clear that its viability is intrinsically linked to the upload.

Cloud computing is important not only for its convenience to individual users, but the way in which it is already transforming business practices.

This is even more pertinent when one reflects on the growing number of small businesses which operate from home, often as sole traders who rely on true high-speed connectivity in the same way as electricity.

There are a few mentions of cloud computing in the cost-benefit report, and some note is made of the need for certain characteristics necessary to make it viable including contention ratios and latency.

There is a comparison of these characteristics as delivered under FTTP or the copper-heavy multi-technology mix. Apparently, for the purposes of cloud computing, there is no difference in the quality of either. Both tick the box and will be fit for purpose.

I strongly dispute this assumption, along with many others made in the report. Mr Turnbull’s recent FTTN trials – under virtual lab-like conditions, with distances from the node of no longer than around 500 metres – have apparently resulted in upload speeds of around 30 Mbps.

Take, for example, copper line lengths from the node to the premises. But how many premises will be within 400 metres of a pillar or other distribution point under Turnbull’s FTTN? Will it be either “don’t know” or “about 40 percent of urban dwellings”?

This is a critical question if this government is now relying on copper as our technological future.  VDSL bit rates commonly drop to ADSL standard at line lengths greater than around 800 metres, and vectoring works best on shorter line lengths.

So will the number of nodes planned be dramatically increased to validate this ticked box, and what assumptions did the report actually make regarding node quantity and copper quality?

There are related assumptions in the report which demand interrogation: What about the ongoing cost of supplying electricity to each of these nodes, apparently an issue in the Epping FTTN trials not getting off the ground?

The cost of the yet to be concluded deal with Telstra, which Mr Turnbull asserted would have been signed off some time ago, and the ongoing operation and maintenance liability for his precious copper?

Or the costs to rural and regional areas when equivalent wholesale pricing is forgone, of which the methodology to calculate under Turnbull’s copper and HFC mix remains elusive?

Or the sectoral and broader economic benefits which have accrued thanks to the unprecedented structural and regulatory reform of the NBN, finally delivering structural separation for Telstra a decade after the Liberals botched it in the privatisation, disinfecting the worst features of market power by separating the wholesale and retail layers of the network?

Or, the fact that the end game for Turnbull and NBN Co is actually Labor’s FTTP model. What about the actual, opportunity and sunk costs of pursuing a short-term future in small bandwidth copper-based video entertainment?

Meanwhile, my most regular unresolvable complaint from constituents in the growth region of Sydney’s north-west remains a lack of reliable broadband, or any broadband at all.

Like many of my colleagues, I do my best as their local MP to liaise with Telstra and try and find available ports in their nearest exchange (yes, connectivity issues are that primitive) and I am frequently requested to make representations or put questions to the Minster about when local residents may expect a remedy.

Minister Turnbull’s answers are nothing more than abusive, nonsensical tirades which serve only to embarrass him and rile my constituents.

With a year already down in the term of this government and as every day edges closer to the next election, the choice for voters becomes starker. Nowhere else has this been more apparent than in broadband policy.

Michelle Rowland is the Shadow Assistant Minister for Communications and Member for Greenway.