NAB takes IT off its books 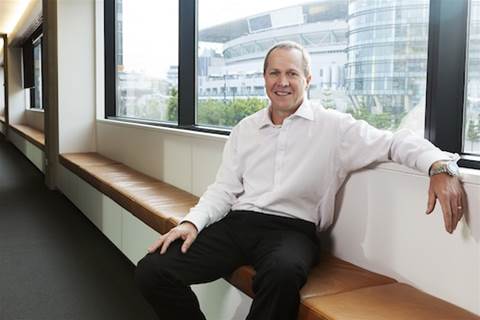 Interview: Looks to consume IT as-a-service.

The National Australia Bank will increasingly consume infrastructure and services on a pay-as-you-go basis with key partners in a bid to take as many IT assets off its books as possible.

According to the bank's group technology executive, Gavin Slater, NAB is working on a 'Total Environment Transformation' from the application layer right through to data centres, that will give the bank access to the latest technologies while carrying less capital assets in the process.

Slater told iTnews at Oracle OpenWorld this week that the bank had attempted to set the technology agenda with its customers in the past, but now faces a world in which the customer is in the driver's seat.

"While we are an information technology driven company, we aren't an IT company," he said.

Banks today "do not have the expertise or R&D budgets" to invest in building its own systems.

NAB instead wants to be an orchestrator of technology services and introduce variability into its cost base by only paying for what it uses.

At the infrastructure level, it has contracted Digital Realty to build a second data centre in Melbourne for the bank that will sit on Digital Realty's books. NAB will simply lease the space.

The kit inside both of NAB's data centres are run and owned by IBM under an infrastructure-on-demand deal signed at the end of 2010.

"Effectively its our own private cloud," Slater said.

"IBM own and run the assets, we only pay for our consumption. "

While NAB recognises IBM as experts in the hardware space, the bank retains "decision rights" over which boxes are used. Although its core banking system is currently running on mainframes, Slater has his eye on Oracle's Exadata kit and a range of other options in future.

"Our infrastructure will keep up with where technology takes us," he said. "We don't want to fall back on sweating the assets."

On the networks front, NAB has moved eight bespoke data networks into a multi-protocol layer service provided by Telstra, again with consumption-based pricing.

"More and more we want to move towards PAYG, but with asset refresh built in to the contracts so we maintain our currency. On the hardware side, things will continue to be upgraded. And on the software side we'll get it through licensing deals that give us the latest every year."

NAB retains applications and security in-house, but under the transformation program will no longer play the role of systems integrator.

Oracle, for example, has been contracted to replace NAB's 100-core systems with one integrated banking system that bundles together its customer-facing channel, the manufacturing layer (product ledgers with pricing tables etc.) and enterprise applications (such as accounting/general ledger and risk systems).

Slater said Oracle historically had many of the individual components of what could conceivably be 'Frankensteined' into a banking solution (iFlex, CRM-on-demand, database etc.), but "not an integrated banking system".

NAB has provided the US-based vendor with enough incentive to build one.

"We don't want to do the integration, we want Oracle to do that on our behalf," Slater said.

He noted that the transformation will fundamentally change the role of working for IT in a bank.

"I see our role now as a conductor - the orchestra is out there, they are all best at playing their instruments, but as conductor I have to make sure they all deliver us the same tune," he said.