Making the most of an office move 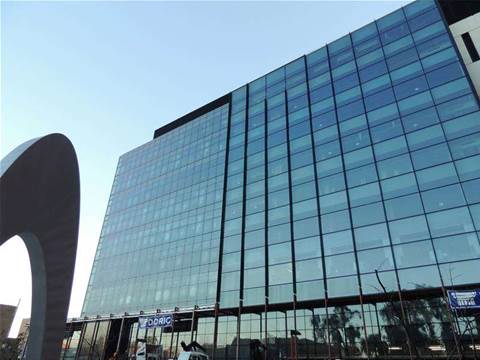 How CIOs can turn office relocation into transformation.

When organisations are compelled to move to a new office building, CIOs have a once in a career opportunity to give IT a “new lease of life”.

It’s a small window of time for chief information officers to demonstrate their business knowledge, and show off new technologies that drive different ways of working for greater collaboration, productivity and long-term growth. But it also presents a considerable challenge around managing the inevitable resistance to change.

The most crucial advice offered from CIOs that have beat down this path: get involved in the relocation plan as early as possible.

“Initially, it caused a lot of debate,” Amor said. “We had to look closely at things like confidentiality and security. Right up to the weekend we moved there were still a few people unhappy about the prospect of losing their office. We had to do everything we could to help them adjust.”

Amor was involved in planning the move from its inception two years earlier, and said there was a huge change management program that involved many meetings with staff of all levels and detailed consultation with the firm’s partners.

Her team produced volumes of content to give people a feel for how they would operate in the new environment - how a lawyer might take a client call in a public space, for example, but move it to a private setting without losing connectivity.

The deployment of VoIP at the law firm was central to improving communications within a more open and collaborative working environment.

Amor said this meant Corrs would no longer have to maintain separate networks for phones and data and could administer the network from anywhere. It could also reduce costs associated with moving, adding or changing employees. Staff can now be reached on a soft phone, desk phone or mobile using a single number and are able to do videoconferencing from their desktops.

As always with big ideas and significant changes, the devil is in the detail. Corrs looked at Cisco technologies for parking calls and picking them up in another room but eventually settled on a range of headsets that gave staff the freedom to walk around, undock laptops and switch seamlessly onto the wireless network.

Corrs also installed another wireless network, separated from the local area network, which staff can connect their personal devices to. Since deploying a mobile device management suite, Amor is quite happy for lawyers to receive work email on tablets or smartphones.

The firm is vendor agnostic in terms of devices. It moved away from supplying BlackBerry devices over a year ago, and while some partners have clung doggedly to theirs, most now carry iPhones or Android handsets from Samsung and HTC.

“Giving people the ability to connect personal devices generates a lot of goodwill,” she said. “Obviously you have to set boundaries but we haven’t had anybody downloading movies yet.”