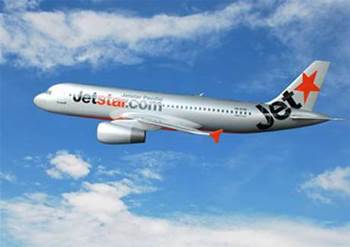 Aussie staff to buy their own machines.

Jetstar Australia will give each employee up to $1650 to buy a computer of their choice under a new bring your own technology (BYOT) scheme, to be rolled out in the next three years.

Staff on the BYOT scheme would receive a $1650 BYO device allowance, with the option of contributing towards the cost of a more expensive machine.

Jetstar staff have been able to use their personal iPhone and iPad devices on the corporate network for at least two years but Tame said BYO laptops were more challenging to manage.

Machines purchased under the new BYOT scheme were intended for both home and work use – a “difficult concept” for IT management, Tame said.

“You’ve got to respect the fact that if you’ve got bring-your-own laptops for example, there is a personal life on them,” he told iTnews at the CIO Strategy Summit last week.

“Similarly, we need to make sure that we’ve got the corporate system in there ... under governance rules and policy I’ve got to make sure the content is appropriate and the system is managed.”

Tame expected most of Jetstar Australia’s leadership team to be using BYO devices by October. The BYOT scheme would reach the rest of the business by 2015, as existing machines reached end-of-life.

While traditional virtual desktop infrastructure typically requires users to run applications on remote servers, MokaFive puts corporate applications on a virtual machine on the device itself.

Tame described the MokaFive environment as an “encrypted blob, locked with standard corporate credentials”, noting that it did not need internet connectivity to work.

“We’ve made significant inroads into the BYOT space,” he said. “We’ve been working on it probably for a few years now.

“Historically, we’ve virtualised all of our servers, applications, networks, etcetera. Virtualising the machines and our corporate environment was the last thing that we had to do to complete that picture.”

With the technical BYOT design bedded down, Tame did not expect the scheme to be difficult for his in-house team of six to support.

In case of device loss or theft, he said the corporate virtual machine could be wiped remotely and installed on a new machine.

Tame said Apple MacBook Air devices were particularly popular among those already on the BYOT scheme, which has applied to Jetstar’s Japanese arm since its launch in July.

The scheme would also apply to all staff of Jetstar Hong Kong, expected to launch next year.