Is public cloud ready for your critical business applications? 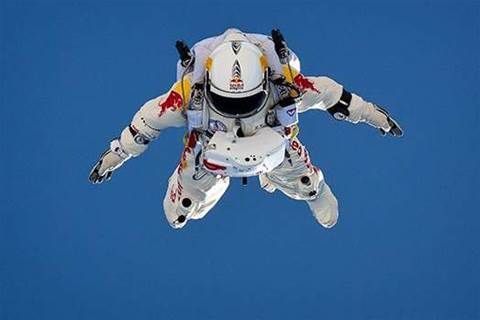 AWS convinced the time is right.

Public cloud giant Amazon Web Services wants CIOs to start thinking of it as a service provider that can be trusted with business critical production workloads, not just test and dev.

But many CIOs are still asking why they should consider taking the risk.

Last week in Perth, AWS’ Australia and NZ chief Ed Lenta claimed organisations across the globe "are starting to make big bets on the cloud".

"We have built a rich set of platform services so that you can build very complex applications, or even take your in-house back office applications like SAP or Oracle and confidently move them into AWS," he said.

AWS was the first of the world's three largest public compute clouds to build a presence on Australian soil.

"Since the launch of the Sydney region on November 2012, we have seen a tremendous amount of change in the IT industry here and around the country as customers have moved from edge of network type workloads - digital, web assets, as lot of test and dev - into more and more production systems," Andy Meakin, who manages AWS' West Australian operations, told iTnews.

"We are now getting more and more customers asking us about how to move an SAP environment into the cloud."

Conventionally, however, enterprise has preferred to leverage the public cloud model for what AWS solutions architecture manager Glenn Gore describes as the "trifecta" of workloads ideally suited for the elastic off-premises infrastructure: test and dev, digital platforms (such as public-facing websites), and data processing.

He agreed that the leap of faith required to migrate core systems would take time as businesses first test out the value proposition on these stage one workloads.

In the past months, iTnews has polled readers on the main obstacles stopping them from adopting these sorts of public cloud services. The top three reasons were vendor lock-in (30 percent), security and compliance concerns (27 percent), and data sovereignty concerns (21 percent).

Most of the big players dipping their toes into the public cloud have done so for public websites and data processing, and relatively few have taken the big leap to using it for the hosting of core applications (see Suncorp, NAB and ME Bank, for example).

In the interim, it looks like primarily small and medium sized businesses unconstrained by legacy IT are taking the plunge.

Jamie Vogel, CIO of Perth-based mortgage aggregator AFG, is piecing together a proof of concept that will form the precursor to the migration of the company’s foundation CRM system into the AWS Sydney region.

His plan takes advantage of direct fibre links to the Sydney data centres now on offer through Amcom in WA.

AFG essentially acts as a mediator and a back-end manager for 2000 mortgage brokers across Australia, processing their loan applications electronically with the big banks.

Vogel told iTnews he hopes the company’s other systems will follow suit - and can’t see any reason why he wouldn’t be able to switch off its two data centres within two years.

He also conceded, however, that in the grand scheme of things, AFG was "pretty agile already".

With just 200 staff, he said, "we deal with big numbers but we’re not really a big company. We don’t have a lot of legacy that is holding us back, which has made that decision a lot easier. There is an appetite for risk there".

Another Perth company, risk analyst firm CGR, is having more luck convincing some Australia’s biggest enterprises to let them crunch their business data in the AWS cloud.

CGR has both BHP Billiton’s iron ore division and Inpex’s Ichthys LNG project on its books, and is using AWS as the compute engine for its algorithm-based risk dashboard.

But CIOs and CSOs at larger organisations continue to question the benefits of moving bulky production workloads to the cloud.

Keeping corporate data on premises leaves them in no doubt about where jurisdiction of their data falls, and whether anyone might be peeping, especially in the wake of the Edward Snowden leaks.

ME Bank, for example, was confident enough to design its complex core banking system on the AWS platform, but has confirmed to iTnews it hasn't moved to expand on the test and dev capacity it launched last year.

AWS solutions architecture manager Gore - who has for many years been sought for advice on data centre trends - believes a longer term outlook is required before the pay-off becomes apparent.

"It will take a little bit of vision," he said. "Your data centre will gradually host a smaller and smaller footprint, but will still need all the systems and infrastructure to maintain it."

Gore expects most companies will eventually reach a "tipping point" where workloads hosted on-premises are the minority - an anomaly in the company’s operations and ways of doing business, and standing in the way of the ideal "single process framework".