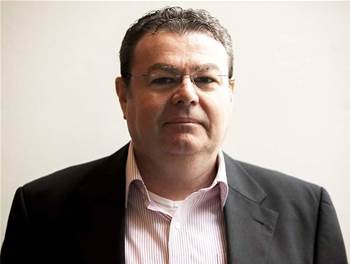 Domino’s Pizza has moved its core business and front-end systems to Telstra’s private cloud under a six-month project, expected to save $1 million over three years.

The pizza chain previously hosted its ERP and other business systems in an in-house data centre, with its online, front-end systems hosted by an unnamed outsourcer.

As its outsourcing contract came to an end, Domino’s decided to replace all its production and disaster recovery infrastructure with a Telstra’s infrastructure-as-a-service contract.

Chief information officer Wayne McMahon told this week’s CIO Strategy Summit that it was a “cost-neutral” project that would save the company an estimated $1 million in capital over three years.

Planning work kicked off in July 2011. The rollout took 10 weeks from November 2011, with Domino’s switching over to Telstra data centres in Melbourne and Sydney early this year.

McMahon said the cloud model was more scalable and flexible than the pizza chain's previous environment, noting that the latter would have required up to five more staff to maintain.

“Before we cut live, we did a whole lot of load testing,” he said. “We were aware that with our traditional data centre, we could process something like 330 orders a minute.

“In the Telstra cloud environment, we stopped testing at about 1000 orders a minute. At that point, the virtual servers were only running at about 25 to 30 percent capacity, so we could have gone further.”

In Britain, Domino’s has used Rackspace as its infrastructure-as-a-service provider for the past year. Despite Rackspace’s recent Australian investments, McMahon said he preferred to use Telstra to leverage an existing relationship.

Domino’s this month reported a total of six online ordering interfaces in Australia and New Zealand, in addition to an iPad application expected to launch this year.

By June next year, Domino’s expected online sales to account for up to 60 percent of its total sales, of which half would take place on mobile devices.