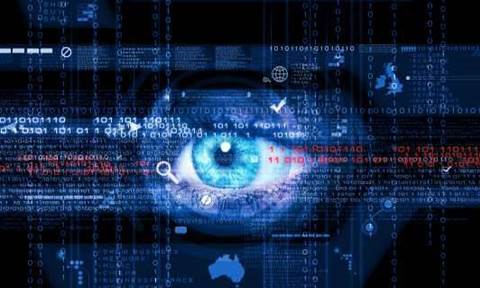 KPMG, EY, Deloitte and PwC reveal their strategies and concerns.

The Australian arms of big four audit firms KPMG, EY, Deloitte and PwC are financially backing a new generation of artificial intelligence, machine learning, and cognitive computing into the enterprise.

iTnews can reveal where the firms are placing their bets as they scale up internal capability to address what all see as a rapid growth opportunity.

While the public face for AI’s latest push into the enterprise to date has largely been the likes of ANZ, Defence, Woodside, and Deakin University backing IBM’s Watson cognitive technology, in private many more are experimenting with or embedding AI into production.

One of the main channels being used to bring next-generation AI into the enterprise is through engagements with the big four audit firms.

“The demand is huge,” KPMG's lead partner for its Solution 49x project, Rod Bryan, said. Solution 49x is a new AI team being assembled by KPMG that has grown to 30 staff in its first eight months.

“There’s definitely enough there to keep us in a good place for an extended period of time. Our limitation is finding the right skills to meet the demand.”

“We’ve probably got more enquiries at the moment than we can get to.

“At the moment we’ve got around 10 live pieces of work with our top-end-of-town clients, and several internal experiments going on."

A straw poll of the strategies being used by the big four audit firms to take a slice of the burgeoning enterprise AI market reveals where each believes it can add value. While there may not yet be a clear winner out of the mix of strategies being employed, there are some clear indications of what works and what doesn’t.

One of the first key learnings is that backing one AI technology over others provides no clear advantage.

Even audit firms backing IBM Watson see it as but one tool in their AI arsenal. KPMG Australia, for instance, has a strategic alliance with IBM on Watson and an internal Watson deployment in train, but isn’t attempting to back Watson into all external projects.

“There are a number of cognitive platforms coming down [the pipeline]. It isn’t just [about] Watson,” Bryan said.

“Our view is that while our internal project to transform our own business is definitely aligned to Watson, we’re also working with other organisations that have cognitive capabilities to create the best option when it comes to our client requirements.”

There is a general agreeance among the other three audit firms that being able to support a broad range of AI, cognitive, neural network, machine learning, and advanced analytics tools is important.

Different algorithms and models are suited to address different problems, and as new algorithms constantly crop up, there is less certainty on how each new entrant will impact the market, and therefore somewhat of a reticence to back one over the other.

“We’re not driven by a technique or even by data,” PwC Australia’s chief data scientist and partner in the modelling and analytics group, Matt Kuperholz, said.

“We’re driven by a business challenge, which may be to protect a space, get into a new space, or it may be to make a factory safer or a manufacturing process more efficient.

“The key is to start with the business problem and then take a look at the data assets that can be brought to bear, and only then to land on a technique.”

Deloitte’s Kate Huggins agrees. In the past two years, Deloitte attempted to set up a “centralised cognitive capability” of modular, reusable cognitive solutions for its customers, but learned pretty quickly how difficult it is to match all use cases to a “one-size-fits-all cognitive platform”.

“We also found that with the rapid development of cognitive capabilities [in the market] we just couldn’t go fast enough [internally to keep pace],” she said.

“If you think about the billions of dollars of venture money being poured into new software start-ups developing cognitive capabilities, I think we just recognised that we would need to balance developing our own assets and capabilities with being part of that ecosystem and working with some of the smaller, more nimble companies that can move faster than we can.”

With a large marketing effort presently being weighted behind one cognitive computing technique over others, there are fears it could distort the enterprise AI market and dilute its potential value.

Such fears aren’t baseless. It has taken a good 35 years for AI to resurface in a big way for the enterprise, after failing to live up to its promises in the 1980s. Those that went through the first wave are hopeful that this time the promises will be kept.

But what is irking data specialists at some audit firms is the potential for marketing to muddy the waters on this new wave of enterprise AI.

For example, while PwC’s Kuperholz would rather have a conversation “about what the customer is trying to solve”, sometimes a problem is being brought to him with a technique already in the customer’s mind.

“Often it’s an IT or systems viewpoint saying 'we think we want to use cognitive’,” PwC’s Kuperholz said.

“The reality is there’s multiple techniques in which you can apply advanced analytics solutions, and cognitive is only one of them.

“And to be honest the problem we’ve got is the amount of marketing dollars that these vendors are tipping into the market and getting people to say, Is that a ‘cognitive’, ‘advanced analytics’ or ‘AI’ solution?

“The reality is it’s a data problem and you’re applying as many techniques as you want over the problem to get the best answer for the different outcome.

“And there’s such an array of algorithms across all of these domains - whether it be unsupervised/supervised, whether it be cognitive/neural network/machine learning - that if you restrict yourself to just cognitive then I think you’re missing the market.”

Read on for detailed profiles on how each of the firms are using AI and cognitive computing technologies: