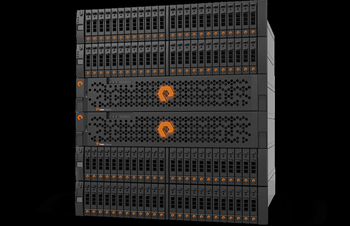 All-flash arrays are still a fair way short of mass adoption, but there is fresh evidence that Australian enterprises are increasing their use of the technology.

When iTnews last explored the all-flash data centre space a year ago, a few things were clear.

Firstly, “all-flash” was a misnomer. The economics made it unlikely that anyone would use flash for all their storage requirements, except perhaps if they had no legacy disk to sweat.

Second, claims that the cost of flash is falling to disk levels were based on the assumption that customers run dedupe at a much higher ratio than most are willing to consider.

And third, a year ago it was very difficult to find customers that had deployed all-flash arrays, much less all-flash data centres.

One year on, not much has changed on the first front. Flash is still being targeted at the top storage tier, brought in for specific projects or to run high-performance workloads.

Cost also remains an issue, though there is evidence of greater acceptability of dedupe, which will allow customers to bring the cost per usable gigabyte of flash down (even if the economics of flash replacing disk remain largely optimistic).

Where there has been the most movement in the past year is around adoption. Few if any customers were talking about all-flash a year ago; that has changed.

This year we talk to Deakin University, CoreLogic RP Data, Silver Chef and Connective Broker Services about the role they see flash playing in their storage architectures.

One trend that hit the flash storage market with renewed vigour in the past year is consolidation.

NetApp bought SolidFire in December last year (adding to its existing fabric-attached storage and EF-Series platforms) and EMC is now joining forces with Dell (after buying XtremIO in 2012, ScaleIO in 2013 and DSSD in 2014).

“I think the acquisitions of SolidFire and EMC-Dell made have made it very clear that flash is the new platform and the new media going forward,” Pure Storage president David Hatfield told iTnews.

“We would anticipate more acquisitions and consolidation. It’s going to be difficult in our view for other flash-based companies as emerging companies to get out [into the market].”

While Australian customers remain cautious, Hatfield is optimistic that all-flash’s time is coming, believing the market for hybrid arrays that contain both flash and disk storage is dwindling.

“I think the economics have made it such that there’s no reason to do hybrid,” he said.

“It was a clever way to package flash when it was too expensive. A lot of the incumbents [in the storage market] built hybrid arrays, and emerging companies that built hybrid models spent all of their IP optimising cache-hit ratios between flash and slow disk.

“You don’t have to make that trade off anymore.”

SolidFire CEO and founder Dave Wright is also buoyant about the potential for all-flash, blogging earlier this year that “the beginning of the end of the all-flash array market” could soon be upon us.

“For customers, the conversation is switching rapidly from ‘what workloads do I put on flash?’ to ‘What data do I leave on disk?’” Wright claimed.

“This shift in customer thinking and buying behaviour marks the true beginning of the end of all-flash arrays as a market in and of themselves.”

Not everyone is so bullish about the technology, but there are signs of greater acceptance in the einterprise. iTnews talked to IT leaders in four organisations about their experiences with all-flash storage. Read on for more on how: