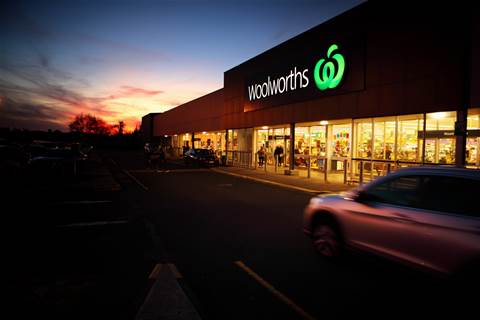 Woolworths has incorporated a digital wallet into its Everyday Rewards loyalty app that allows customers to pay via QR code.

The retailer said the new payments option had been built by Wpay, the payments business that Woolworths set up mid last year.

Woolworths said in a statement that what it is calling Everyday Pay “is one of the first digital wallets in Australia to support QR code payments.”

The idea of incorporating it into the existing Everyday Rewards app was to allow customers “to pay and earn rewards points with just one scan at the start of [a] transaction.”

“This compares to the current process which involves scanning the Everyday Rewards card and then selecting a payment method at the end of the transaction,” it said.

“Everyday Rewards members simply add their credit, debit or gift card details along with their payment preferences in the app.

“The digital wallet takes care of the rest when the customer scans the QR code available on the payment terminals at checkouts.”

The Everyday Rewards loyalty scheme has more than 13 million members.

QR code-based payments have soared in popularity in countries like Japan and India during the pandemic as a contactless means of transacting with retailers.

Woolworths said that the digital wallet can be backed by “up to two bank cards and multiple gift cards (up to a cumulative value of $3499)”.