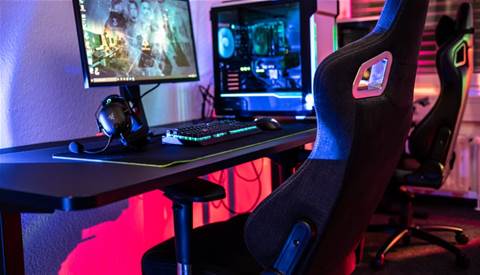 The newly merged esports brands will be called the ESL FACEIT Group.

There has been a lot of movement over the past week within the gaming industry, as this acquisition follows the announcement that Microsoft will be buying Activision Blizzard for a record US$68 billion, the largest deal seen in the technology and gaming industry.

According to the companies, the ESL FACEIT Group will deliver an end-to-end solution that supports game developers and publishers to build sustainable competitive gaming communities and esports ecosystems.

ESL and FACEIT will retain their leadership teams in the new group, with a new structure that would see Craig Levine and Niccolo Maisto as co-CEOs.

Ralf Reichert, co-founder of ESL, will move into a non-operational role as Executive Chairman, supporting the leadership team. ESL FACEIT Group will continue to embrace both companies’ shared values and strategic goals, and promote the creation of engaging, accessible, and socially competitive experiences for gamers around the world.

According to the newly merged company, it will “help create the ultimate platform for competitive gaming with an unmatched proposition for players, fans, teams, publishers, developers, and partners, no matter where they are on their competitive gaming journey”.

The deal will combine ESL’s expertise in building, broadcasting, and commercialising premium esports ecosystems, including arena and festival events, with FACEIT’s capabilities in developing best-in-class tools for competitive games and a leading social network of competitive players.

Brian Ward, CEO of Savvy Gaming Group said the gaming brand has committed to invest heavily in the games and esports industry and to materially strengthen the global games community.

“We are delighted to be working with ESL FACEIT Group – a deal which will enable us to actively support the creation of a world-class esports ecosystem. With our investment, ESL FACEIT Group will be able to accelerate their development of an unrivalled experience for players and fans.”

According to Craig Levine, ESL CEO, “Our merger with FACEIT, along with the backing of Savvy Gaming Group, will give us more know-how, capabilities, and resources than ever before to deliver on this vision.”

Niccolo Maisto, CEO at FACEIT CEO meanwhile stressed the complementary capabilities across the companies. "With the backing of SGG, we are taking a long-term approach to developing a more robust platform to better support the future of the whole competitive gaming ecosystem and generate more value for all its stakeholders in a sustainable way.”

Savvy Gaming Group, will take over ownership from Modern Times Group. The deal is subject to regulatory approval and is expected to close in Q2 2022.