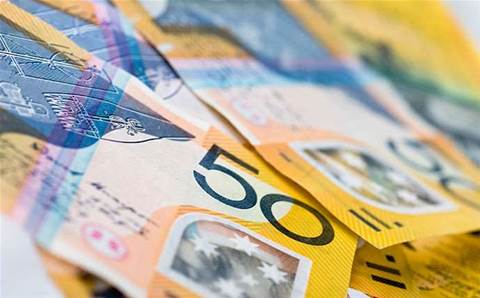 Nine out of 10 dollars going through the cash registers at Woolworths, Australia's largest retailer, are virtual — confirming one of the most extraordinary changes in business and society ushered in by COVID — the final wholesale abandonment of cash.

Indeed, the FIS Global Payments Report predicts the country will now be 98 per cent cashless by 2024. That same report reveals that just 8.3 per cent of in-store purchases used bills during 2020.

That's bad news for companies like Cardtronics which says it has over 11000 ATMs in Australia, or for Armaguard, owned by logistics company Linfox since 2003, but it's better news for eftpos, Paypay or Stocard.

In reality, COVID has simply accelerated a trend that has long been baked into consumer behaviour.

Between 2007 and 2016 cash payments fell from 69 per cent to 37 per cent according to an RBA Consumer Payments Survey. It fell about another 10 points over the next three years with the emergence of more digital alternatives.

And then on January 25, last year COVID coughed its way down under, further accelerating the decline.

The experience this year at Woolworths checkouts suggests the change is as dramatic as it is ubiquitous. With over 995 stores that captured more than 37 per cent of the nation's grocery spend, Woolworths is a talisman for general shopper behaviour.

A Woolworths spokesperson told Digital Nation Australia, “The pandemic has likely accelerated the underlying trend, as customers have sought to reduce contact at our stores. We now see around 90 per cent of in-store transactions being made electronically.”

“Electronic payments are increasingly becoming the preferred option for our customers.”

These findings align with new Australian Banking Association (ABA) research that found a 17 per cent increase in debit card use in 2020 as well as a fall in cash withdrawals by 10 per cent.

“Unsurprisingly, particularly due to stores encouraging cashless transactions throughout the pandemic, the use of cash declined a further 10 per cent on the previous year, which is another sign of Australia moving closer and closer to a cashless society,” she said.

Cash isn't the only payment method in steep decline. Remember cheques? The ABA data says the use of cheques, which was already marginal, fell by nearly 40 per cent in 2020, and which now equate for less than 0.3 per cent of all payment transactions in the year.

The trend away from cash has brought success to digital payment businesses, with PayPal receiving sign-ups at triple the pre-pandemic levels in Australia, including 65 per cent more people over the age of 50 than previous levels.

The shift is also good news for digital wallets.

"As our physical wallets are moving to our mobile phones, the digital wallet is becoming the central hub in our lives for anything around money, shopping, and banking,” he says.

“I believe the speed, convenience and ease of use, increased security and COVID safe nature of the transaction are key reasons why shoppers will continue to flock to use mobile wallets for their loyalty and payment needs.”

The magnitude of the shift has also driven innovation by incumbents like eftpos which today announced the rollout of a new QR payment platform, eQR.

It has partnered with Australian banks such as CommBank and NAB as well as retailers and fintech to support the rollout, aiming to provide consumers with the new payment method before Christmas of this year.

“The eQR platform aims to provide better experiences for consumers and merchants through added security, loyalty, offers and digital receipts, no matter where they choose to shop — online, on their mobile or at the checkout.”

Long before COVID, in 2018, Philip Lowe Governor of the Reserve Bank of Australia expressed in a speech that the journey away from physical cash is of national interest, with the scope for dynamic innovation in electronic payments growing.

“The greater use of electronic payments can bring efficiency benefits, with lower costs and more functionality and choice for users,” he said.

“I expect the shift to electronic payments will continue. The issues of functionality, security and reliability, and cost are central to the development of the system. The Payments System Board will be keeping a close eye on these issues.”