Will the new iPhone break the hearts of bankers? 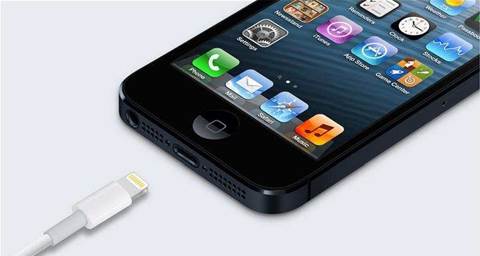 [Blog post] Could spell the death of tags and sleeves.

If Apple releases a mobile wallet next week, as numerous reports suggest, Australia’s retail banks and large retail chains will need to revisit the role they’ll play in a future where mobile devices are used to pay for retail transactions.

Apple has invited media to a September 9 event in California where it is expected to unveil the latest versions of its best-selling smartphone.

Readers of the UK Financial Times and Bloomberg were separately told this week to expect Apple to launch a long-awaited mobile wallet at the event.

The FT reported [paywalled] that Apple is working with Dutch chipmaker NXP Semiconductors to add secure near-field communications (NFC) technology into the next iPhone, which would enable smartphone users to pay by touch.

Bloomberg, meanwhile, reported that Apple’s program has the support of Visa, Mastercard and American Express.

It's not the first time the press has predicted built-in NFC at an iPhone launch, but the variety of leaks suggest Apple might finally be coming to the payments party.

Apple has been excruciatingly slow in embracing the technology, despite having a huge smartphone market share, the payment details of 800 million customers via iTunes, and built-in fingerprint readers (TouchID) that could arguably be used as a means of authentication for payments.

In the absence of a built-in NFC chip in Apple’s iPhone, banks, telcos and retailers keen to secure their place in an emerging payments ecosystems have been forced to offer clumsy solutions that require NFC-enabled cases and sleeves or unsightly adhesive stickers.

CommBank was the first to offer a solution to the public in late 2011 as part of its Kaching app, but it required use of a specific third party case. CommBank and Westpac also trialled ‘sticker’ based payment solutions, but found customers didn’t enjoy the experience.

“We did trial stickers and we were very hopeful that it would work, but the customer experience with the sticker was just not up to our brand standards,” Westpac’s chief product officer David Lindberg told iTnews in December 2013.

"First of all, our customers did not think the technology was forward looking, and the failure rate was higher than we had hoped. Also the operational complexity added by applying a sticker and keeping it on the phone was high.”

That didn’t stop Coles from announcing its belated launch of a sticker-based mobile wallet, backed by GE Capital, as recently as July 2014.

Westpac and ANZ have since sought a foothold in the other half of the market - Android users - by partnering with Apple’s largest competitor, Samsung. Samsung has offered NFC on select smartphones for several years.

The question for banks and retailers now is whether these early investments in pay tags and NFC-enabled sleeves were worthwhile. While most of them were limited to small groups of users, none can be held up as proving especially successful.

Assuming both Apple and Samsung come to market with more elegant and streamlined ‘one-touch’ solutions - with the buy-in of the major card schemes - there are arguably fewer avenues for banks to differentiate or to excuses for banks or retailers to clip a bigger share of the ticket on retail sales.

It will also be interesting to note whether Apple, like Google, initially limits these services to the United States.

In any case, Australia’s banks and retailers have a few months to determine where they sit in this ecosystem. They will need to put pressure on the card schemes to ensure they’ll have something to show for the investments they have made in retail payments to date.

Update: 08/09/2014: If you want to get a sense for where the US banks fit in this picture, a few leaks have started to appear that are worth a read.