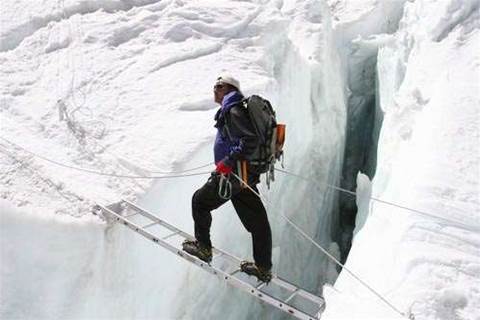 [Blog entry] Defining the new role of the CIO.

There was a lot of soul searching going on at the CIO Strategy Summit in Melbourne last week.

Analysts peppered CIOs with reminders that chief marketing officers are out to steal their budget and chief digital officers out to show them up.

Even some of those CIOs kicking the big goals at present - Australia Post’s Andrew Walduck and AEMO’s Susan Sly -  spent a good deal of each of their keynotes asking what it meant to be a CIO in the digital era.

The overwhelming consensus was - sensibly - that the CIO role was  an executive function that is strategic in nature, and accordingly needs to be lifted out of the minutiae of details and brought closer to the experience of the customer.

The best analogy, for mine, came from Leigh Berrell, who balances twin roles as general manager of business technology services and CIO at Yarra Valley Water, one of seven executives on the utility’s board.

“One of the roles is a line management role - to run the IT organisation - and the other is an executive function,” Berrell told a panel of his peers at the event. “And you have to be careful about which hat you’re putting on.”

In Berrell’s mind, the CIO is an “Information Sherpa”, guiding the organisation up the mountain.

A Sherpa, he said, “knows how to climb, and understands the landscape.”

“But they don’t take the glory,” he said. “The Sherpa doesn’t plant the flag at the top of the mountain.”

A good Sherpa also has a handle on managing risk.

“They make sure nobody is putting themselves in danger,” Berrell said. “If as a climber you don’t have a Sherpa, you’re playing with death.”

Berrell is wedded enough to the analogy to include it in the strategic IT plan developed for the utility:

"We must make the leap from being 'custodians of technology' to 'information sherpas': by ensuring the right information is reliably accessible across our organisation and guiding YVW’s staff in effectively and efficiently using that information."

Forrester analyst John Brand, on-stage with Berrell, played devil’s advocate. If today, climbers can get dropped on Everest by a helicopter, will we still need Sherpas in the future? Will CIOs continue to be relevant in a world in which cloud computing and consumerisation has disrupted the internal technology function?

The Sherpas are more relevant than ever, Berrell countered. A helicopter can only fly climbers directly to the Everest summit one day in 300, when weather conditions are absolutely perfect.

“And even when conditions are perfect, the sherpas still have to take them the last mile,” he said.

Berrell told the audience that historically, “the CIO was head of IT that happened to manage to get a seat at the executive table.”

“Today it just happens to be the best executive at interacting with the IT team,” he said.

In her closing keynote, AEMO CIO Susan Sly told her peers that she “doesn’t care” for the CIO vs CDO narrative.

Nor should the CIO be expected to be a technical expert, she said.

“If I knew how to build data centres or applications better than those that do, I should be in their industries,” she said.

The biggest challenge of today’s world, Sly said, was “managing change - and we have an innate ability to do that. We have a higher rate of change than any other industry.”

Fellow keynote speaker Andrew Walduck said that the roles of both the CIO and the broader technology function are “more exciting, and with more required of it, than ever before.

"These are the things that resonate and make IT a partner.”