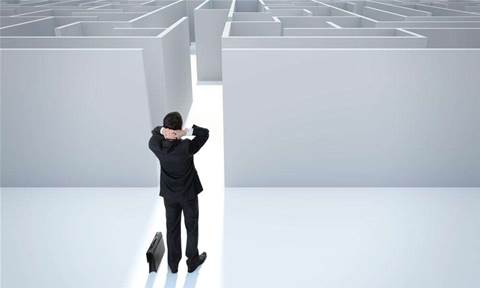 [Blog post] No matter the CIO, the structure doesn't work.

Westpac doesn’t need to hire a new CIO to assert itself as a technology leader in Australian business.

It needs to rethink its leadership structure altogether.

Two days ago we learned that Westpac CIO Clive Whincup will soon leave the bank to head to greener pastures at Woolworths. It follows the redundancy of Westpac CTO Jeff Jacobs in late 2013.

It's not a good look.

McKinnon's tenure was defined by a troubled relationship with outsourced partner IBM and a poor record on system availability.

Whincup was expected to deliver on a plan for online banking transformation, revive aborted attempts to remediate legacy apps and refresh Westpac desktops, and eventually – in Whincup’s own words – “leave the organisation with a much leaner, engaged and higher-skilled workforce than when I joined.”

Some progress has been made. Staff are piloting a new online banking front-end, the remeditation of legacy desktop apps continues to make slow progress and Westpac does, as Whincup hoped, enjoy depth of talent in its IT ranks.

But despite his best efforts, I'm confident Whincup will leave the bank unsatisfied. I'm told the bank's data centre consolidation program has led to fewer severity one outages - but I'm sure customers argue services are still out of action too often.

So what's next for Westpac IT?

The bank says it plans to replace Whincup - and in the meantime, the CIO function is split between newly-announced COO of technology operations, Les Vance and interim CIO, Paul Spiteri.

I don't see that Westpac can rebuild confidence in its IT function by scalping a big name CIO. Nor will Westpac catch its rivals with trials of the latest shiny thing written about in engadget.

I feel confident in saying that because life in Westpac IT didn’t get that much rosier when Whincup was appointed CIO. Whincup has all the necessary qualifications and experience, and none of his direct reports have ever doubted his capability.

I'm of the opinion that the damage was done a lot earlier and worsened considerably when chief executive Gail Kelly bundled IT with Operations into a ‘Group Services’ function led by COO John Arthur.

It's a structural problem.

Arthur, for all his legal and commercial acumen, did not come from an operational IT background. So to compensate, he has been advised by former CIO Bob McKinnon in a consulting capacity.

Kelly's restructure simultaneously pushed the CIO function further from her view, while McKinnon in Arthur's ear made it that much more difficult for Whincup to hire a team and execute a strategy of his choosing.

Arthur's immediate circle -  the likes of Les Vance or Yvonne Le Bas - are well versed in the operations of banking - but by operations I mean risk, property and HR.

It's an overly complicated structure that competing banks have avoided. Suncorp and CommBank may have grouped IT and Operations together, but they also installed technology specialists as group executives. Technologists ran operations, rather than reporting into it.

Don't expect any dramatic shifts in Westpac's technology direction for at least 12 months, regardless of whether the bank hires a new CIO or gives interim CIO Paul Spiteri a longer tenure in the job.

The bank is due to renegotiate its outsourcing arrangement with IBM in 2015, with several other players vying for a larger slice of the pie. That sort of activity requires the contractual disciplines of Vance and Arthur, and necessitates Spiteri's compliance more so than his vision.

Under the current structure, a more substantial change of direction would require disruption higher up the batting order.

An innovative IT function at Westpac requires Kelly to give the necessary clout to a group technology executive with an appetite for change.

The financial services sector is ripe for disruption and new ideas will need to be embraced.