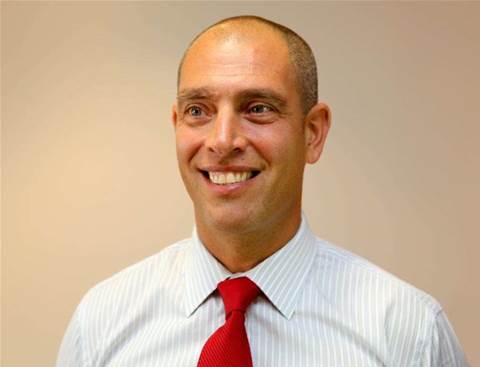 While it might be Australia’s largest telco, Telstra alone cannot compete on cloud computing prices and features when up against the scale of Amazon, Google or Microsoft.

On that basis, Telstra’s new deal with Cisco Systems looks to be prudent.

Under the deal, Cisco Systems will build and operate a cloud computing service inside Telstra’s Australian data centres that is based on Cisco hardware (servers, network) and Red Hat’s supported version of the OpenStack cloud computing framework (albeit with a few minor alterations by Cisco).

These racks will form a node in a global cloud Cisco operates with other telco partners across the globe - what the Californian company brands ‘The Intercloud’.

Just about everything in the stack is built and managed by Cisco - all features, functions, patches - despite it residing in Telstra’s data centre. Telstra concerns itself with network routes in and out of the data centre, customer support and billing.

Yarkoni arrived at Telstra in November 2013 - his immediate concern being how the telco could achieve scale from its cloud computing investments.

Telstra’s initial foray into cloud computing - initially dubbed ‘Network Computing Services’ and later ‘Telstra Cloud Services’, was powered by the telco’s investment in hardware from EMC and Cisco, software licenses from VMware and BMC and an application migration and integration partnership with Accenture.

Several other Australian service providers - notably Alphawest, Bulletproof and Melbourne IT - had also built Infrastructure-as-a-service plays on the back of VMware’s hypervisor.

But at least two out of the three have since abandoned these projects as they struggled to compete with the global scale of Amazon Web Services, Google, Microsoft and others. The price war between AWS, Azure and Google in particular has rendered the most aggressive cost models from domestic suppliers uncompetitive to the point where there is more money to be made reselling and managing services hosted on some of these services than attempting to compete head on.

Yarkoni told iTnews he landed on the Cisco deal after a global technology tour that encompassed visits with most of the major players including HP, Microsoft and VMware. His discussions encompassed technology roadmaps but also “cloud economics”.

“Infrastructure is a global scale game,” he told iTnews. “And what defines the infrastructure is the software that brings it all together. I could try and compete by hiring 2000 developers in Seattle as Amazon and Microsoft has, or I could embrace open source and do it myself. But to do it yourself - to build your own set of software development resources - you are quickly going to find yourself unable to compete with global infrastructure.”

Yarkoni’s theory is that customers are likely to want to operate in a hybrid state.

“I’m of the same opinion as many Telstra customers - they will want to have more than one cloud infrastructure in play. The world will be a hybrid world. We will concentrate on building the service-managed infrastructure - such that we could, if required, attach Amazon Web Services or any other API-compliant cloud underneath.

“It’s important to understand what cloud economics mean,” Yarkoni said. “IaaS is a lean margin, global service. We need to graduate to building value on top of that infrastructure.”

Read on the learn about the roadmap for the Intercloud…