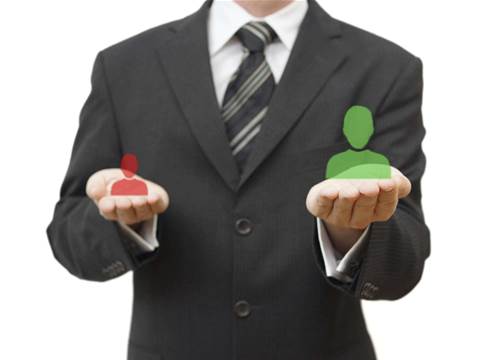 [Blog post] Great talent is often right under your nose.

Three of Australia’s big four banks are in search of a CIO. And the other has hired a chap that’s only been in the job for three months.

Put aside discussions of whether the CIO role is under threat for a moment (I have a strong opinion I’ll save for a later date), the more pressing issue for those banks is who would make for their next technology leader.

The preference from executive search firms is usually for talent that for some inexplicable reason tends only to be found working in a similar role for a larger institution in the US or UK.

Australia is a net exporter of executive talent - but recruiters suffer from some sort of cultural cringe when it comes to hiring CIOs. They feel far more comfortable trying their hand with a ‘trusted’ CIO with a brand name resume (bigger the better) than somebody closer to home with a strong handle on the local market.

All of Australia’s major banks have very bright people within their technology ranks that probably aren’t even in the running today, despite having the ideas and the experience to do the job. And many of the Tier II banks are kicking bigger goals with far smaller teams.

Over the past week I polled a group of pals in the financial services industry, asking them who they think deserves a shot at the big time. Their picks fell into three broad categories.

All three of the major banks searching for a CIO have some strong internal candidates - CommBank more than most.

The first is Pete Steel, currently CIO of retail and business banking. With the heavy lifting more or less sorted, Steel’s focus on user experience and agile software development is likely to pay CommBank more dividends than most. He’s likely to be younger than the other candidates, but then again, so was CEO Ian Narev when he was appointed.

Pete’s former boss, Adam Bennett, was also well rated among those we polled.

Also worthy of consideration is David Whiteing, the bank’s executive general manager of architecture and planning. Whiteing has only been onboard at CommBank for nine months or thereabouts, but ticks more of the checkboxes the executive search firms tend to look for - with a mix of global experience (VP Enterprise Systems at BP in the UK) and time in the big consulting houses (McKinsey, Accenture).

He also has some experience with SAP, the software that sits at CommBank’s core. That leads some to believe he was hired with succession planning in mind from the outset.

On past form, ANZ would be the most likely of the three banks to recruit talent from abroad, as it did when it hired former CIO Anne Weatherston from the Bank of Ireland.

Weatherston had built a new roster of tech talent at the bank prior to her departure - and two of her British recruits could figure in the mix. Both former NHS CIO Sarah Harland, now general manager of ANZ’s technology group, and former Lloyds CIO Jayne Opperman, now GM for technology in retail, commercial and wealth at ANZ, have all the right prerequisites.

Westpac is trickier to pick. The bank only recently appointed David Simpson as head of IT infrastructure, and promoted Richard Holmes as head of retail, business banking and wealth. Dhiren Kulkarni’s role - which includes all front-end channels and the St.George brand - was recently broadened to include Westpac’s core banking overhaul. Even if Kulkarni didn’t get the top job, he now has a larger change agenda than most CIOs.

We remain assured, however, that Les Vance (COO, Technology) and John Arthur (COO) have more appointments in store yet.

Stepping up, and out

There is also a wealth of talent in the Australian market outside of the Tier I banks. It would be difficult to convince Suncorp exec Jeff Smith or Bankwest CIO Andy Weir to make the leap - both of these operations have been enjoying strong success of late - but recruiting either would be a huge coup for the big four if they could be goaded to Sydney or Melbourne.

Julie Bale at Bank of Queensland is unlikely to figure in discussions, due only to the scope of unfinished business on her agenda at present. And as of only a few weeks ago, acting Woolworths CIO Damon Rees - a former Westpac tech exec - made the jump to Macquarie Bank, putting him out of contention.

The timing is right, however, for David Gee, former CIO of Credit Union Australia, who has quit the firm and expressed a clear preference for a new role in Sydney. That would make a role for Gee at Westpac or CommBank a good fit - Westpac the more likely considering Gee’s core banking systems experience.

Speaking of core banking, there is the possibility that Westpac’s hire of Dave Curran in a consulting role could lead to a more permanent position if the bank is serious about upgrading its back-end.

The banks might also want to consider Matt Mansour, former CIO at GE Capital, now employed as general manager of Digital at the same firm.

Another dark horse is former Westpac CTO Jeff Jacobs, who is today a gun for hire in Sydney’s financial services sector.

Jacobs told me he’d be concerned if he was included in this list, and offended if he wasn’t. On that basis, I apologise to all mentioned if I just gave you the kiss of death!

Who are your tips? Who are the dark horses of the Australian IT industry we should consider?