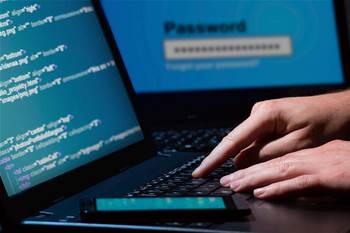 Those who think that hacking, launching denial of service attacks, and generally being a networked menace can be achieved without any consequences need to think again.

The long arm of the law often tracks down the digital miscreants, albeit occasionally months and years after the events took place.

In the last month, British police have been targeting those it believes bought and used the Lizard Stresser denial of service software, arresting six and visiting another 50 young males for a stern talking-to about their activities.

The Lizard lads got away relatively easily compared to others who have been harshly dealt with by the law.

Internet activist Aaron Swartz is possibly the best known example. He faced 35 years in prison, US$1 million in fines, confiscated assets and being made to pay restitution for illegally downloading academic articles. After a two-year legal wrangle, Swartz hung himself, age 26.

Police raids, arrests and convictions appear to do little to deter young men from hacking, hacktivism and even outright support of terrorism on the internet.

Last week, 17 year-old Ali Shukri Amin was sentenced to over 11 years in prison in the US for “using Twitter to provide advice and encouragement to ISIL and its supporters”.

Amir - who was at school when he committed his crimes - will face a lifetime of supervised release and “monitoring of his internet activities” after he has served his sentence.

Even if hacking and online criminal behaviour was to be punishable by death, I doubt it would stop the legion of young males who by dint of their age fear nothing.

This sort of reckless, antisocial behaviour by young men has accompanied technology since computers first appeared, and predates the internet.

For some reason, it doesn’t seem to have occurred to policy makers and law enforcement that the internet would foster more of the same on a global scale.

Part of the solution is technological: some data breaches and hacks are ridiculously easy to achieve, like SQL command injection attacks, which just about any bored teenager can figure out and use to devastating effect.

One big problem is that most young hackers I’ve talked to have not considered the effects their hacking, doxing, swatting, harassment, and other activities have on people and businesses.

In real life, it’d be unacceptable to menace and harass as happens every day on the internet.

Additionally, learning coding through hacking and exploiting vulnerabilities is worryingly seen by some kids as a career move leading to a job in the security industry.

Computer crime and networked antisocial behaviour are no longer new, but society has not worked out an effective way of dealing with it.

Policies and educational initiatives need to be developed to create awareness of what is becoming an increasingly serious problem that shows no signs of going away.

We need to start hacking the hacking problem.