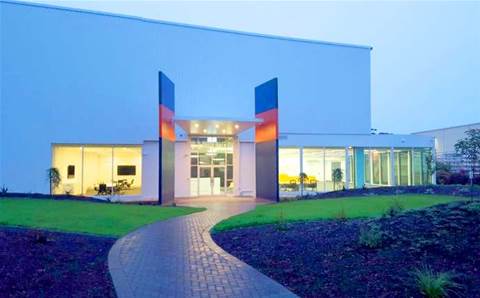 Facility has capacity of 8MW and 800 racks.

YourDC has officially opened its new DC1 data centre in Adelaide’s northern suburbs, with a capacity of 8 MW and 800 racks, of which 200 are available at launch.

The new data centre is the second for YourDC, which launched its smaller 220-rack capacity DC2 data centre in the southern Adelaide suburb of Hawthorn in September last year.

The company was co-founded by chief executive Scott Hicks, who was previously the managing director of Adam Internet, in partnership with former Ratbag Games co-founder Greg Siegele.

DC1 is expected to reach a financial break even point once it leases 100 racks, with the opening marking the completion of the first of four stages scheduled over the next two years.

The company claims the 6000 square metre facility is South Australia’s first and only tier three data centre. It sits on a 25,000 square metre site at Edinburgh Parks, near Elizabeth.

The 200 racks operational at launch have been built as individual rooms of 20, allowing customers to purchase space either on a per-rack basis or as secure private data rooms.

The site was previously used as the Tenneco Walker exhaust factory, and is 35 kilometres from the company’s Hawthorn data centre.

The location was selected as it sits 50 kilometres away from the state’s earthquake fault lines. It is located next to a Royal Australian Airforce base, and features concrete slab walls, perimeter fencing with razor wire and no walls bordering the facility, steel-lined rooms, multifactor site access control, and separate security access zones.

The building also features a 60-seat open-plan office area where customers can purchase desk space for use as a disaster recovery centre.

Other facilities include a build room, secure storage lockers, work benches, a breakout area and “white space” where a full room can be purchased without racks to be fitted out by a customer to meet their own requirements.

YourDC claims the facility has already attracted over 20 customers, including an international defence giant and a city council, although the company declined to disclose names to iTnews.

Connectivity is carrier neutral, with Telstra, Optus, NextGen, Amcom, TPG, iFibre, and SABRENet/AARNET connections either completed or in build, accessible either through dark or managed fibre. The cables are fed through two redundant carrier rooms at opposite ends of the building.

“Without private investment like this in ICT infrastructure, [South Australian] businesses would have to look interstate for true disaster recovery,” Hicks said.

“YourDC offers custom private data rooms that are unique in the state. They are protected by multiple levels of physical and virtual data security and cannot be accessed by other customers whether deliberately or by accident.”