Your potato looks like an avocado: how video analytics is deployed to catch shoplifters 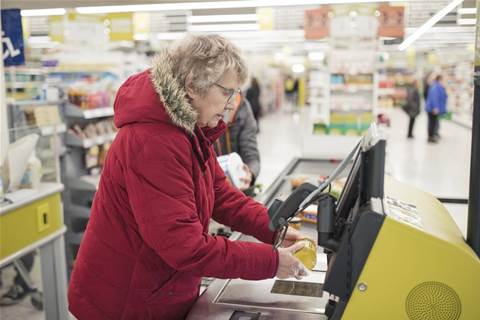 In bid to reduce $3bn in annual losses.

The days of store detectives prowling the floor of supermarkets and department stores could soon be numbered..

Retailers are turning to video analytics solutions and and shop traffic heatmaps - sometimes automated and in real time - to curb the incidence of customer theft, which cost them an estimated $3.37 billion in the year to 1 July 2018.

In a survey of that covered a quarter of the Australian and New Zealand retail sector, the Profit Protection Future Forum found that around 57 percent of all shrinkage (loss of stock due to theft, damage or error), was attributable to customer theft.

One solution being trialled at self-service checkouts, one of the more vulnerable spots for theft, is video analytics, the report said.

In addition to security officers, many retailers are now introducing new technologies to reduce theft at self-service, including bird’s eye view video analytics, artificial intelligence to distinguish between products rather than relying on weight alone, and installing new customer-facing camera systems in the self-service checkout area.

One such example is a camera system which plays live footage back to customers as they go through the checkout.

“Giving the impression that they are being watched (and recorded) is likely to deter some
opportunistic would-be thieves but is unlikely to have any impact on more organised criminals who use the self-service area to exit the store.

Vice president of Checkpoint Systems, a retail security systems vendor and member of the forum’s steering committee, Mark Gentle, told iTnews video analytics is just one solution being used, given the expense of the overhead cameras needed to provide adequate coverage.

And unless the footage is watched by an accurate computer-vision system or an eagle-eyed security guard, the alerts of item theft aren’t going to be in real-time, Gentle said.

“One thing you can do is use radio frequency tags to understand where in the store your items are in real-time.

“That can also help you track stock through each stage of the supply chain, so you know where and when shrinkage occurs.”

Theft by staff was the second biggest contributor to shrinkage, accounting for around 22 percent of the $3 billion loss.

Gentle said RFID systems can also help retailers know when to replenish shelf stocks, meaning they can keep the bare minimum on display to prevent thieves taking larger quantities of items at the one time.

One system also being trialled is the use of real-time pedestrian traffic heatmaps, both in front of the store and outside, showing the cluster activity groups of thieves will often use to case a shop and distract staff, Gentle said.

As for the what's being stolen, personal products and unpackaged fruit (think avocados) ranked among the most commonly pilfered items.

However, products like smartphones and electronics ranked high on the report’s list of thefts with the biggest financial impact on retailers (no doubt aided by the price tag on most flagship phones).

However, Gentle said the best solution to prevent phone thefts was a good camera system to record the incident, given that they’re often taken in “smash and grab” attacks rather than subtly being dropped into a pocket.