Yoda coders: with them Friday, the Force is 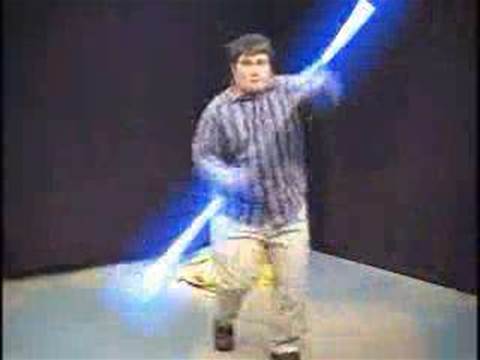 Programmers of Yoda translation sites across the Web are preparing for sharp traffic spikes to coincide with "International Talk Like Yoda" day today.

Although there is some contention over the date - some say May 22, others say July 25 - Matthew Ainge, the creator of yodaspeak.co.uk, and Kilian Valkhof, a 20-year-old web designer, are banking on the former.

Valkhof recently ported the perl script for an existing translator to Ubiquity, a Mozilla app that enables users to control their browsers with language-based instructions.

Both intend to celebrate the day in their own ways.

Ainge started coding his translator in June 2005 after a joke with a colleague that "someone should have written a proper Yoda-speak translator by now".

The colleague challenged Ainge to write one. He did, and the rest as they say is history.

"I like a good challenge and didn't think about it for too long before I decided to give it a go," Ainge said.

"Also, I clearly had too much time on my hands".

"For a long time I provided means for users to send me the more dodgy results so I could improve [them]," he said.

"Funnily enough it was May 22 that had twice as many hits as any other day that month," Ainge said.

"Judging by those figures, yodaspeak.co.uk should be fairly popular [again today]."

Song lyrics, jokes and famous quotes are often entered for translation by users. One of the most popular requests is a translation of Shakespeare's "To be or not to be".

Ainge's all-time favourite, however, is: "Over, I wish work was. Clocked out but still here, I am. I just leave why cannot, hmm? Why I just sit here typing cr*p into this damn Yoda translator I understand not. I, stupid, must be!"

Valkhof said his own translator experiment - "a combination of good geeky fun and toying around with a new technology" - had achieved good results as well as being "a great exercise in linguistics".

"I figured it's much more fun to select random text on the internet and ‘yodafy' it than push it into a local perl or Ruby script," Valkhof said.

"Although [my translator] is a port of the original perl and Ruby scripts, it has a few more tricks built into it to handle web pages - it can translate multiple lines at once and it handles lists and capitalises nicely. The programming is also in Javascript, which is a little different."

Valkhof explains how the translator works: "Ubiquity programs are in themselves linguistic toys, where you type a command and then what the command should apply to.

"I place ‘teach you' at the beginning of the sentence, capitalise ‘Teach', add a comma behind ‘you' and place the rest of the sentence after it, giving you "Teach you, I will". Something Yoda would say.

"There is a little more to it, but that's the basic gist of it."

Valkhof describes himself as a "huge Star Wars geek" with his "fair share of Yoda memorabilia".

"I have a lot, from little trinkets to more expensive stuff," he said.

Ainge tries to play it cool. "Although I'm a fan, I have a hard time convincing people I'm not a total Star Wars nutter.

"The site, and the [Darth Vader] costume in my cupboard, probably don't help my case."

How will you be celebrating International Talk like Yoda Day? Let us know your creative uses of Yodaspeak or drop in your favourite Yodafied expressions below.