Yancoal to migrate to SAP on AWS 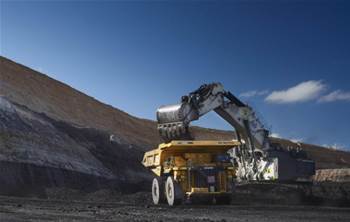 Yancoal Australia is set to migrate its enterprise resource planning system from on-premises SAP to a hosted version run by integrator ASG Group.

The Chinese-backed miner, which recently took over the Coal & Allied coal mines in NSW that were formerly owned by Rio Tinto, has operations in NSW and Queensland and employs about 5500 people.

The company has a long-standing deal with ASG to manage its SAP environment, but has decided to shift from an on-premises to cloud-based model.

ASG said in a statement that it has signed a five-year deal to migrate Yancoal across to its ‘New World’ ERP-as-a-service offering.

Though available in both SAP and Oracle flavours, Yancoal is sticking with SAP.

ASG said the the new SAP ERP platform would have “2000 users at Yancoal” and that it would be hosted on AWS infrastructure.

Having its enterprise core in the cloud would also enable Yancoal to look at “a host of innovative products from SAP in the fields of mobility, IoT, data management and analytics".

This could point to potential future uses of SAP’s platform-as-a-service (PaaS), which provides a way for customers to tap into their existing SAP data stores and innovate courtesy of around 40+ services.