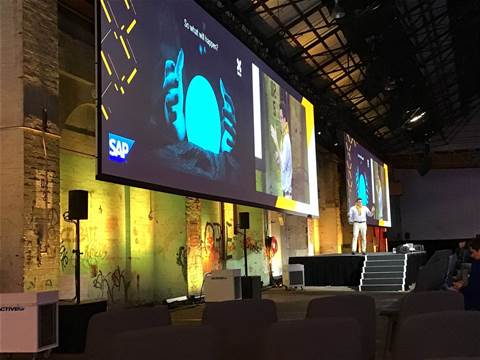 Australian neobank Xinja spent $1.8 million on the SAP-based core banking system it hopes will help it drive a ‘race to the top’ in data-driven personalised services once it is able to secure a full licence to operate.

“It cost us about $1.8 million to build an entire core banking platform in 11 weeks,” he said.

“The ‘Big 4’ spend about $1 billion a year between them on new technologies, so [core banking systems] are deeply, deeply difficult things.

True to its word, Xinja has scaled up rapidly in the past few months, with Wilson saying it now had around 90 staff.

He predicted Xinja would wind up employing “probably 200 at maximum because everything we do is digitised, it’s automated, [and] it’s using cloud-based technologies.”

It’s those same digital technologies that Wilson hopes will help neobanks drive a wider change in the banking sector.

“I think we [neobanks] can start to force a race to the top rather than what we have at the moment,” Wilson said.

“The point of competition will no longer be these commoditised artefacts like home loans, credit cards, and savings accounts, but it will be each bank competing to deliver ever-increasing levels of data-driven service and super hyper-personalised care.”

Wilson noted that AI and data science “is certainly starting to come along” in its capability, and predicted it would play a part in the offerings that Xinja and other neobanks could provide.

“We can use technology to help people not make mistakes,” he said.

That could be as simple as sending customers a reminder to pay a credit card bill before high interest repayment kicked in.

However, he also suggested more advanced use cases on the horizon, such as triggering an alert as a customer walks into a supermarket because they have less in their account than they usually spend on groceries.

Wilson suggested in this instance that the customer could be offered a temporary loan of the rest of the cash until their next payday, for example.

“The data and the tech allows us to take care of our customers rather than exploit them,” he said.

“We do have tech and data to hyper-personalise every single account.”

Wilson said another example could be different interest rates targeted at individuals based on their circumstances.

For example, a customer that repaid a credit card diligently and had a “good work history” may wind up with a lower rate than a customer that often missed their repayments.

Wilson acknowledged that a ‘Big 4’ bank had the resources to sling “$40-50 million” and 100 people “to copy what we’re doing” more or less overnight. He welcomed that, if it was to occur.

“My job is to keep moving ahead of them, but it’d be really good because the whole Australian economy improves, hopefully to the point where it’s a race to the top,” he said.

It - like other neobanks - is now waiting for that to be upgraded to a full licence.

Xinja’s app is already active and it also has a prepaid Visa debit card. Wilson said the company has “40-something thousand people signed up waiting to join us.”

Xinja has had direct contact with very few of these customers.

“To give you a feeling, about 65-70 percent of our customers we’ve never spoken to before, either through marketing or anything else,” he said. “It’s viral, referral-based [sign-ups].”

Wilson said he was banking on creating a banking product that encouraged enough Australians to shift banks.

“Us in banking, we have this holy thought that Australians are too lazy and won’t move,” he said.

“There has been inertia in customers to date and this is where my gamble is.

“I’m betting that Australians are the same as the Brits etc who want better banking and that they will move.

“My theory on why they’re not moving right now is that there’s nothing better to move to.”

In the UK, he said, the presence of neos like Monzo and other digital operators had encouraged 20 percent of the population to take up a new digital product.

Xinja is banking on being able to attract the volume, given its proposition is to take less revenue per customer than traditional banks.

“I said to my investors, ‘We are going to lend less money per customer than any other bank in this market’, but every one of those customers is going to tell ten of their friends, and we’ll start to generate money and revenue that way,” he said.